Home Mediawatch Actually, it turns out Man Utd should be in seventh… 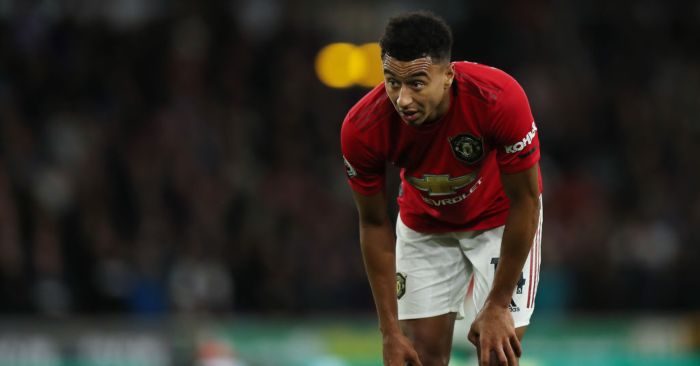 Hair today…
Now we’re not saying that things have got desperate very early in international week (we are) but the lead ‘story’ on The Sun’s football website at 10am on Wednesday is a video of Cristiano Ronaldo sniffing the hair of Renato Sanches.

Manchester United themselves suggested that they should be second on Tuesday, and on Wednesday, The Sun chime in with this:

‘How the Premier League table would look if VAR was used correctly with Man Utd, City and Tottenham cheated out of points.’

A quick look at the VAR-adjusted table shows that Tottenham would actually be on exactly the same points, but it’s United that interest us, as we learned on Tuesday that only ‘bad luck and superb goalkeeping’ has kept them in mid-table. Now it turns out that there has been some bad refereeing too. The poor sods.

The bods at The Sun are happy to hand United an extra point on the grounds that they should have had a penalty when Martin Kelly ‘manhandled’ Anthony Martial in the Palace game. Never mind that the incident happened in the 55th minute (when Palace were winning 1-0), entirely changing the complexion of the game and thus to suggest that the ‘adjusted score’ should be 2-2 is just plain weird, what they are talking about is the missed opportunity for a penalty, not a disallowed goal.

That would be a penalty for the team that had missed one penalty five days before and would go on to miss another in that very game.

As Sun man Neil Custis wrote in his match report from that Palace defeat:

‘After all the hullabaloo over penalty kicks around Manchester United this week, you just knew they would get one against Crystal Palace.

‘You just knew they were going to miss it as well.’

Less than two weeks later, they’re now trying to convince us they were robbed of a point that would take them into the heady position of seventh.

Teenage kicks
The local Liverpool media has not been slow to put the boot into teenager Bobby Duncan, who left for Fiorentina this week after claims that he was being ‘bullied’ at the Merseyside club.

There have been a series of smear articles about Duncan, with most concluding that Liverpool are better for his exit. Which is of course the perfect response to reports of a distressed teenager.

And then we come to the Liverpool Echo on Wednesday morning, who report with some glee:

A reminder – because apparently it is required: He is 18 years old.

The Pog days aren’t over…
The Daily Mail’s man in Spain Pete Jenson has written a lengthy and insightful piece about the proposed Neymar and Paul Pogba moves to Barcelona and Real Madrid never actually happening because ‘neither club ever really had the cash or the conviction to make them happen’.

In the sixth paragraph he writes: ‘Pundits lined up to say that if he did not want to stay then he was better sold and manager Ole Gunnar Solskjaer is understood to have been privately in favour of a sale as long as it was done early in the summer and brought in huge funds to be reinvested.’

But obviously that’s immaterial because Real Madrid never got serious in their pursuit of Pogba and never made an actual bid. But does that stop the headlines? Does it balls. From that one line from Jenson in an article about the giants of Spanish football, we are treated to…

Well yes, if it brought in ‘huge funds’, which was never gonna happen.

And those ‘two conditions’ became irrelevant about three months ago.

But still, if it gets you top of Google for ‘Pogba’, you have basically won the internet.

Going for gold
Strike that. For the real winner of the internet is the Daily Star man who came up with this nonsensical but SEO-tastic headline:

‘Will Arsenal’s front three match any of these? Liverpool, Messi, Ronaldo rated’

Are ‘Salah’ and ‘Mane’ in the URL to hoover up all those final clicks from their spat at the weekend?

Tell me why…
In the absence of any surprise omissions from the Premier League squads of the elite, some have had to indulge in ridiculous scare tactics to keep those clicks a-coming…

Why Mason Greenwood has not been named in Manchester United squad for Premier League season #mufc https://t.co/MhAvyANWvy

Unnecessary complication of the day
‘The Premier League table that shows Wolves must improve in the coming months’- Birmingham Live.

Pretty sure the actual Premier League table does that job.

Sam Dean on Serie A hoovering up PL leftovers