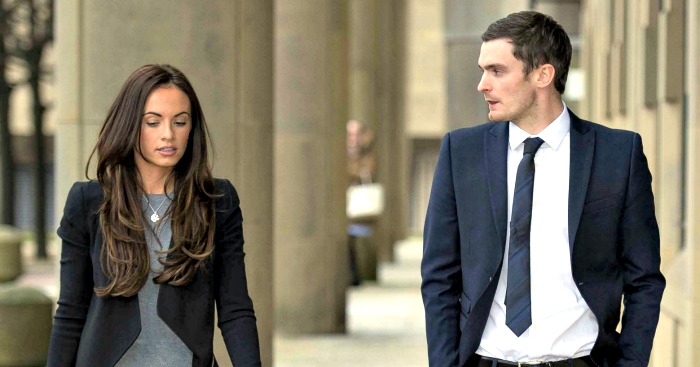 England footballer Adam Johnson manipulated a 15-year-old girl for sexual activity in a case of “grooming in its purest form”, a court has heard.

Johnson is on trial at Bradford Crown Court accused of sexual activity with the teenage Sunderland FC fan.

The 28-year-old has admitted grooming and kissing the girl but denies that further sex acts took place in a car park behind a Chinese takeaway.

The prosecution said they expected the jury had seen through the player’s “transparent cloak of rectitude” to the “core of deceit and lies”.

Kate Blackwell QC, prosecuting, told the court that WhatsApp messages exchanged between the pair were “building up to a sexual encounter”.

She said: “What’s clear through the WhatsApp messages is he guided her in a classic case of grooming. Grooming in its purest form.”

In the prosecution’s closing speech, Miss Blackwell said Johnson was a man who had “pretty much everything” but cheated on his girlfriend, Stacey Flounders, the mother of his daughter, in a way that “demonstrated his exceptional duplicity”.

She said: “It epitomises the sort of man who would commit the offences that are on this indictment.”

Miss Blackwell continued: “By his own admission, Adam Johnson is not a man of honour. It is the prosecution’s case that he has not faced up to his responsibilities and he has demonstrated that he lacks integrity.

“He’s a self-confessed arrogant man who throws himself at your mercy and asks you to accept that his contrition for what he has done is genuine.

“But we expect you have seen through his transparent cloak of rectitude. It doesn’t take much to lift the material and peek inside to the core of deceit and lies.”

Miss Blackwell told the court Johnson’s claims that the sexual activity had not gone further than a kiss were “preposterous”.

She said it was “human nature to want to go further”.

The prosecutor told the jury that some of the girl’s evidence was inconsistent but added: “She’s not a young child but neither is she a sophisticated adult.

“All the make-up and sparkly dresses in the world cannot mature the soul.

“While she thinks she knows it all, she has so much to learn.”

Miss Blackwell said there was no evidence that the girl made the complaint to get Johnson into trouble and said her parents made the decision to go to the police.

She said: “She did not have sinister or devious intent in bringing this case to court.

“She was placed in a position where she had no choice.”

Miss Blackwell said Johnson did not enter early guilty pleas to the charges involving grooming and kissing the girl so he could continue his football career for as long as possible.

“It was the defendant’s choice to avoid a conviction as long as he could to avoid signing the sex offenders register and avoid hanging up his boots,” she said.