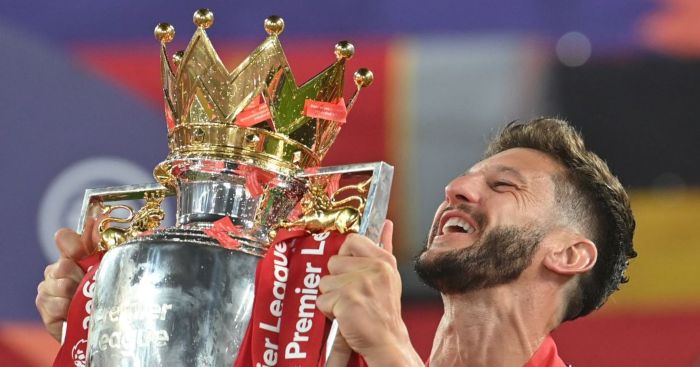 Adam Lallana has penned an emotional farewell message to Liverpool with his six-year spell at the club coming to an end this summer.

The England international’s contract will run out this summer when the Premier League season finishes this weekend.

FEATURE: Laters, yeah? One per club who would not be missed

In a message, Lallana thanked Rodgers, current manager Jurgen Klopp – who has been in charge of the Reds since 2015 – and Liverpool captain and friend Jordan Henderson.

Lallana wrote on Instagram (via The Metro): “Nothing but love and appreciation for the last 6 years. Thanks to the amazing people who made this place feel like home. To the supporters for accepting me and making me feel like one of their own.

“The staff – the world-class staff – without whom none of what we achieve as players would be possible. I can’t find the words to do justice for how much they mean to me… they are everything!

“To Brendan Rodgers, I will forever be grateful that he gave me the privilege to represent this club. To Jürgen Klopp, an even better man than he is a football manager. My teammates, they are my brothers.

“To share this journey with these boys has made me feel the luckiest fella in the game. To the Skip, Jordan Henderson… my best friend! No one deserves success more than this guy.

“It’s meant everything to be at his side while he’s achieved it. And to my own family, my wife and children, my mum, dad and sister… my own ‘team’. They made the good times better and the tough times bearable. I am so grateful to have been part of this special place. And now on to the next adventure. With love, Adam.”