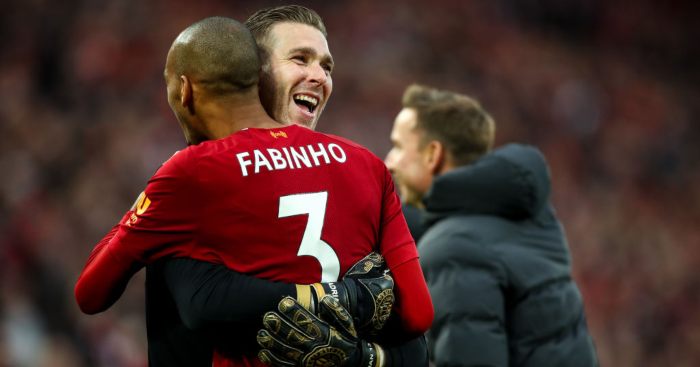 Adrian says Liverpool will have a “trick” waiting for Manchester City on Sunday in the form of Anfield.

The Reds are currently six points clear of Pep Guardiola’s side, who have slipped to fourth after Saturday’s results, at the summit of the Premier League.

And Adrian has used Liverpool‘s victory over Barcelona in the Champions League last season as the best example of how Anfield can drive the side to victory.

“The two teams are going to go for a win so it will be tight,” Adrian told Mundo Deportivo.

“We have Anfield’s trick in our favour, which is no small thing. There are times when the opponent concedes a goal he thinks he will concede another three in five minutes.

“Barça is the best example. It’s no secret that playing at home is an advantage.”

On the possibility that Ederson could be missing for City, Adrian added: “The loss of Ederson loss is a big one, but Bravo is an experienced goalkeeper.

“Him playing instead of Ederson is no advantage for us.

“And it is clear that Laporte and Silva are different factors and difficult to replace, but Guardiola has many alternatives to alleviate these absences.”