Home All The News AEK Athens 1-2 Leicester: Foxes hold on for second win 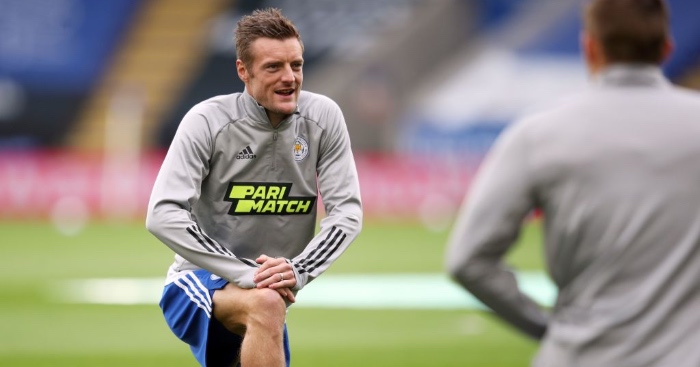 The 33-year-old became the Foxes’ oldest European goalscorer after netting from the spot in a 2-1 win.

Muamer Tankovic netted after the break to make it an anxious evening before missing a golden chance to make it 2-2.

Cengiz Under hit the bar but the Foxes survived an improved second-half performance from the hosts.

They remain join top with Braga, who beat Zorya Luhansk, with the Portuguese side travelling to the King Power Stadium next week.

Marko Livaja wasted good AEK chances and, while Leicester failed to find top gear, they had enough to win.

The Foxes still gave AEK some early encouragement and Petros Mantalos skied well over after 12 minutes, but the visitors took charge soon after.

James Maddison drove wide from the edge of the area before Brendan Rodgers’ side got the breakthrough after 18 minutes.

Maddison slipped Vardy into the area and he was clattered by onrushing Panagiotis Tsintotas.

The striker picked himself up to score from the spot and beat Tsintotas with pure power, with the goalkeeper getting two hands to the ball.

AEK had lost just once in their previous 23 home games but Leicester pushed for a second and Under’s effort was blocked by Tsintotas.

Yet Kasper Schmeichel needed to be alert to deny Livaja a leveller after 27 minutes.

Michalis Bakakis hoisted the ball into the area after Leicester half cleared a free-kick and the Foxes’ defence allowed Livaja to escape, with Schmeichel turning the striker’s header over.

A minute later Livaja went close again when he latched on to Wes Morgan’s loose touch, only to drag his shot wide from the edge of the box.

Leicester, without the injured Tim Castagne and Jonny Evans, occasionally looked fragile at the back but still doubled their lead six minutes before the break.

Tsintotas spilled Marc Albrighton’s cross behind and Choudhury was left unmarked at the far post to fire in Maddison’s corner.

It was just the midfielder’s second Foxes goal and first since January.

But AEK pulled a goal back four minutes after the restart when Tankovic ran off the back of Morgan to latch on to Mandalos fine pass and fire through Schmeichel’s legs.

Seconds later the substitute wasted a brilliant chance to make it 2-2 when he smashed over following another clever Mandalos ball.

Tsintotas spilled Choudhury’s tame shot and Under nearly made it 3-1 after 64 minutes when he ran on to Albrighton’s ball to curl against the bar from inside the area but the Foxes’ threat was limited as the half wore on.

Vardy was withdrawn with 20 minutes left and the visitors held on for a priceless win.