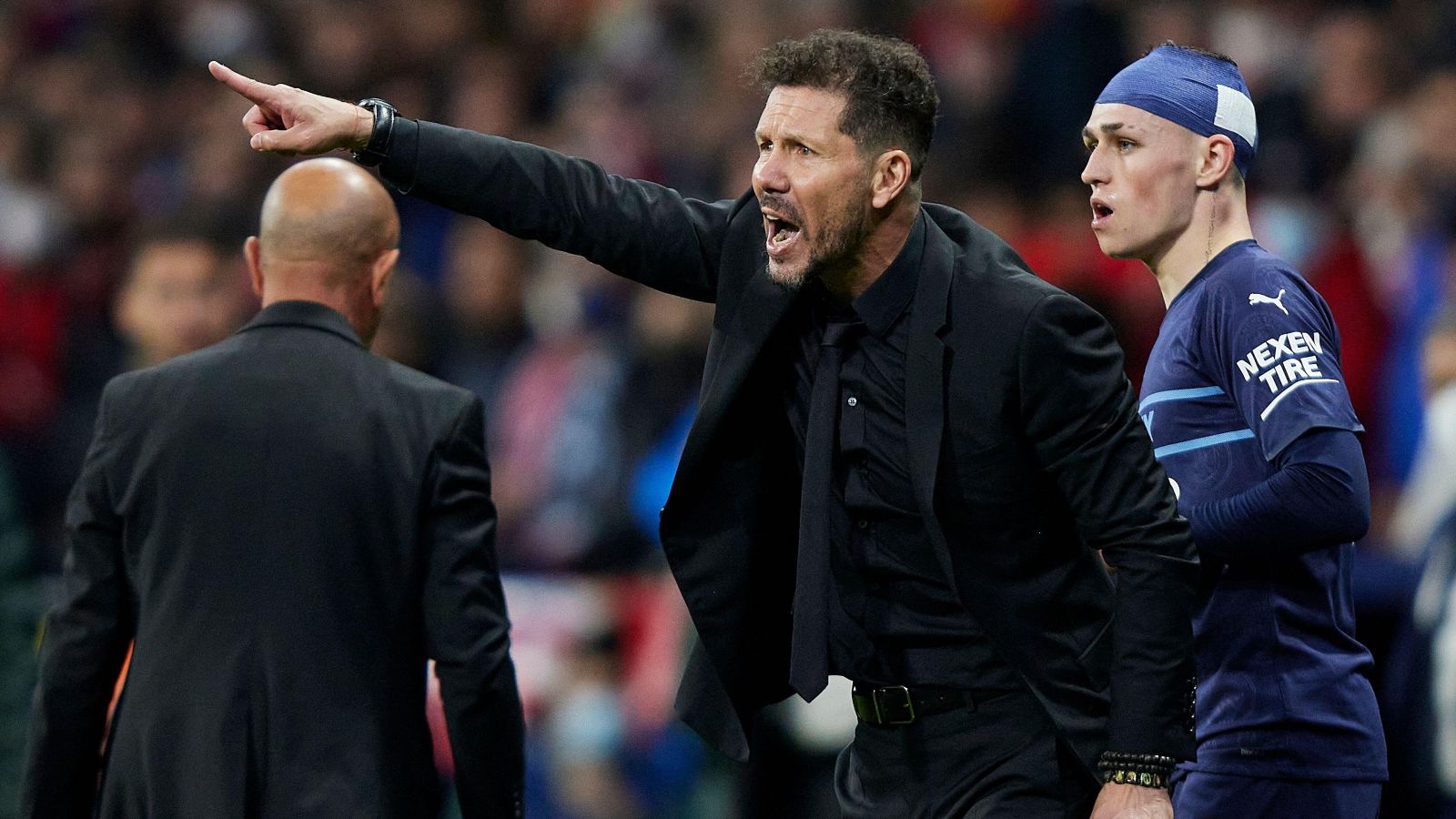 The former Aston Villa striker has been reacting to the behaviour of Simeone and his Atletico’s players in their Champions League quarter-final defeat to Manchester City on Wednesday.

City were 1-0 up from the first leg at the Etihad Stadium last week and Pep Guardiola’s side managed to keep Simeone’s side at bay to go through 1-0 on aggregate.

A tackle from on Phil Foden by Felipe, which saw the defender sent off, sparked a mass melee near one of the corner flags with Stefan Savic appearing to headbutt Raheem Sterling and pull Jack Grealish’s hair.

The rest of the match was heated and there was a mass brawl on the way back into the changing rooms once the final whistle had sounded.

And Agbonlahor didn’t like the way Simeone went about his business on the touchline and doesn’t want to see him manage in the Premier League.

“For me, Simeone, I don’t want him in the Premier League,” Agbonlahor said on talkSPORT.

“His antics, he was basically giving his team the licence to go out and kick players. Savic, I think he could have had three red cards!”

On Savic, Agbonlahor added: “He’s your typical bully, Savic. He picked on Foden, one of the smallest players on the pitch, he had something against Grealish, I don’t know what it was, but he’s a typical bully.

“I don’t think he’d do that if Duncan Ferguson, Emile Heskey, John Carew, Vincent Kompany, if players like that were on the pitch I don’t think Savic does it. He’s a bully and I think he’s a disgrace.

“All the antics from all of their players were a disgrace. We’ve seen the video of the tunnel and that was embarrassing as well.

“Credit to Man City. To come away from that game with no suspensions, credit to the manager who has told them not to react and credit to the players.

“I was watching the game and I was fuming, and not just because I’m mates with Jack.

“They need a goal and they could have scored in the last 15 minutes from the chances they had, they should have scored. They’ve got idiots like Savic who just want to kick people like he’s playing in the 90s.”