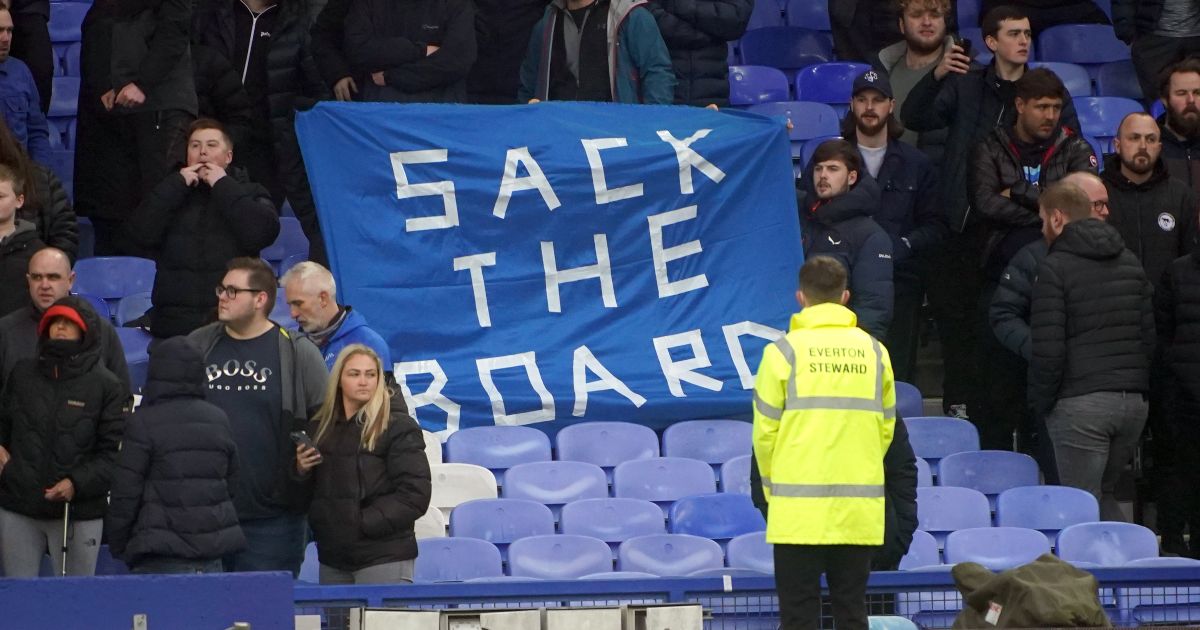 Gabby Agbonlahor thinks Everton caretaker boss Duncan Ferguson will be “worried” by their slide towards the relegation zone after losing 1-0 at home to Aston Villa.

A 10th defeat in 14 league matches – courtesy of Emiliano Buendia’s header in first-half added time – means their 19 points from their first 20 games is their lowest total at this stage since 1997-98.

The goal celebrations saw Villa players Matty Cash and recently-departed Everton defender Lucas Digne struck by a bottle thrown from the crowd, with the Toffees announcing after the game that one person has been arrested for throwing a missile onto the pitch, but the protests after the match were more peaceful.

Ferguson has stepped into the void for a second time as the club look for their seventh permanent manager in six years following Rafael Benitez’s sacking last weekend but with their current form leaving them just five points above the relegation zone, supporters have had enough.

Around 150 fans stayed behind, mainly in the Gwladys Street End, to protest, chanting “Sack the board”, “Bill Kenwright, get out of our club” and “We want our club back”.

A quick little video of what’s happening at the minute pic.twitter.com/QYASp6qW07

The loss against Villa means the Toffees are now only four points above the relegation zone but Agbonlahor thinks “they’ve got enough for me to stay up”.

“They need a win as soon as possible, their next game, they need three points.

“Tough games, no game is easy in the Premier League. Watford probably thought on Friday night, ‘Yeah this is a game we will get our clean sheet, we beat Norwich and we go up the table,’ nope, you lose 3-0.

“There’s no guaranteed wins in this league anymore and if I am an Everton fan, I am nervous.

“They need Richarlison to start getting the goals, Calvert-Lewin, they need him up to speed, they need Demarai Gray and Townsend scoring, Doucoure.

“It’s scary down there, say if they lose to Newcastle or lose to Leeds, it’s giving them three points to catch you up, nervous times for Everton fans.”