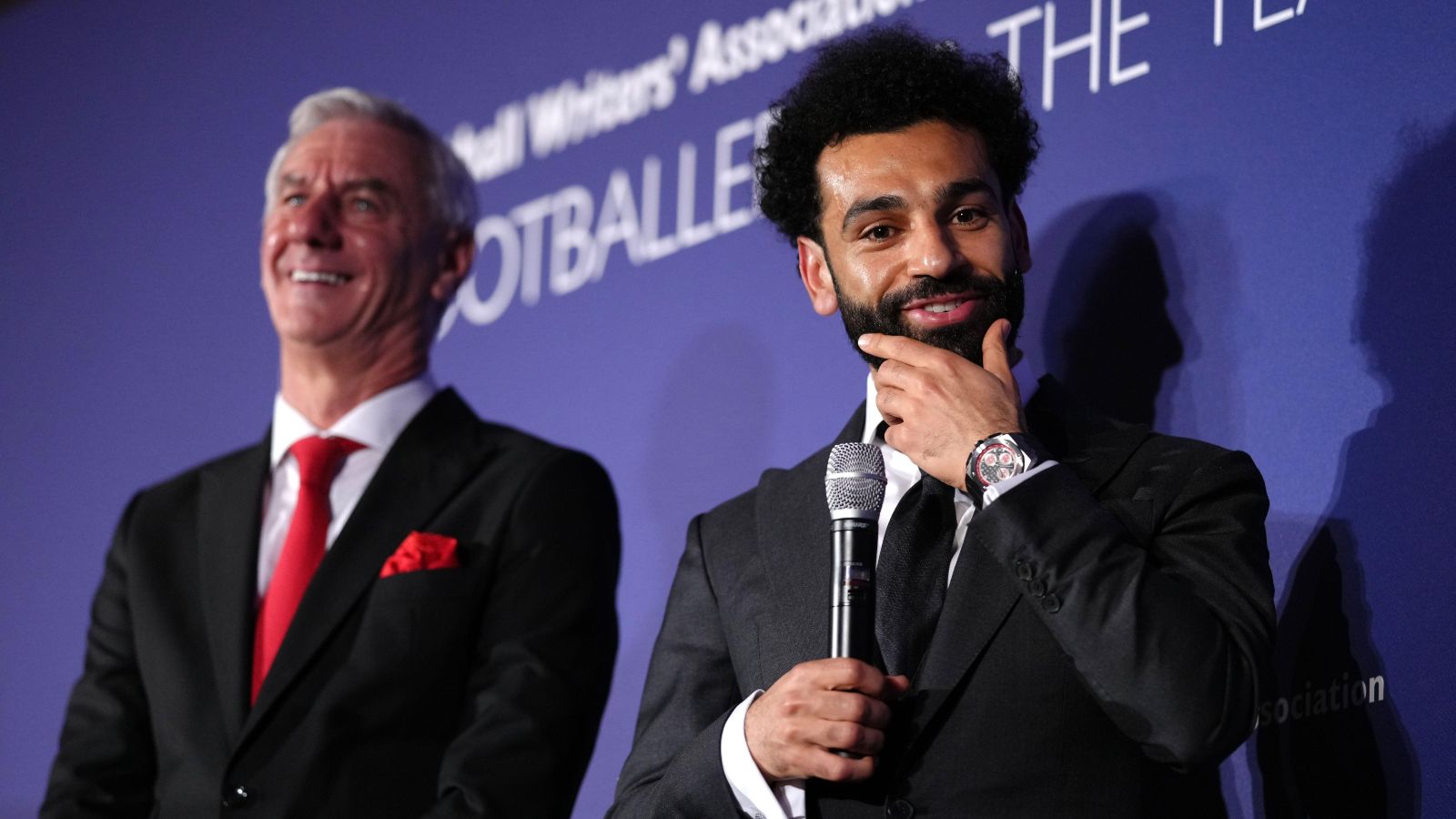 Los Blancos staged a sensational comeback against Manchester City on Wednesday night as Rodrygo scored two goals in injury time to take the match into extra time with Karim Benzema scoring the winner.

Their late comeback means that they will now face Liverpool in the showpiece event at the Stade de France on May 28.

After the Reds’ opponents were revealed on Wednesday, Salah took to Twitter and simply wrote: “We have a score to settle.”

Following on from that, Salah called on Liverpool to get “revenge” for the 2018 Champions League final loss in which Sergio Ramos injured the Egyptian, who had to come off.

Speaking at the FWA awards on Thursday night, Salah said: “Yes, we lost in the final, it was a sad day for all of us and I think it is revenge time.

“I’m so excited, I said before the game that I wanted to play Madrid in the final. I’m sure it is going to be a tough game, they beat a lot of good teams so we just need to focus on the game.”

Salah added: “They (Madrid) have more experience than us in terms of history and they know how to play.

“But we have very good players and a very good coach. In my view, we are the best team in Europe, maybe the world, and all we are thinking about is to win.

“When you think about this situation, it is something great – something really amazing to be playing this game. It (avenging Kyiv) is something on our minds. We want to win. We want it more than they do. But let’s see what happens.

“Last time we lost and I had my injury. I believe we can do it now. It was a hard time for me after the injury and a sad situation. It was the worst moment of my career. When we lost I thought we would get the chance to put it right and we did that the next season (winning the Champions League in 2019).”

“I think Liverpool will be delighted with that result and that they’re playing Real Madrid again, but they shouldn’t be over-delighted,” Agbonlahor said on talkSPORT.

“Mo Salah tweeted like he’s got a score to settle, but it’s something that can come back to bite you.

“Real Madrid are no mugs. They showed last night they were the better team, they’ve still got some great players. And they can rest all their players for three weeks.

“LaLiga is won, they can get their feet up, get the massages in, a little bit of training, while Liverpool have got to play their best team every game.”