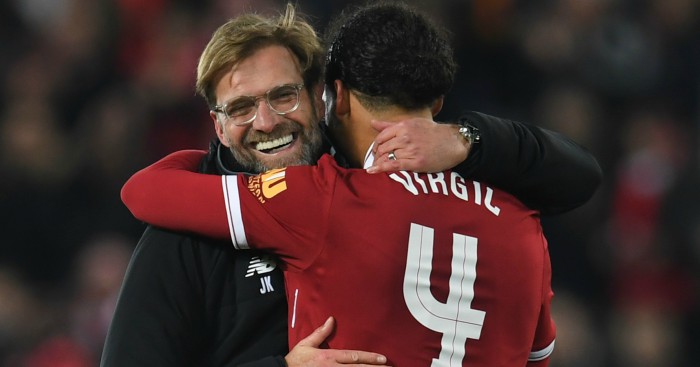 We bring you the record signings for every age group from 13 to 38. Why? Why the heck not?

13 – Finley Burns (£175,000, Southend to Manchester City)
Seriously. Manchester City paid £175,000 to Southend last January to beat Liverpool, Chelsea and Arsenal to the signing of 13-year-old Finley Burns, a defender who was just two years out of primary school. The first major tournament he can properly recall would either be the 2010 World Cup or Euro 2012. It’s at this stage the bitter realisation sets in that you’ve actually done f*** all with your life and you’re a massive wastrel.

14 – Sheyi Ojo (£2million, MK Dons to Liverpool)
Sheyi Ojo joined Liverpool so long ago that Kenny Dalglish was in the midst of his second spell as manager at Anfield in 2011. The Reds were forced into a bidding war with Chelsea for the winger, who had already won two England youth caps at international level before leaving MK Dons. Now 20, he is spending this season on loan at Fulham.

15 – Fran Merida (£2.2m, Barcelona to Arsenal)
“An absolutely amazing player,” was the assessment Arsene Wenger offered of Fran Merida shortly after the midfielder experienced the initiation any young Spanish player worth their salt should: the journey from Barcelona to Arsenal. The midfielder would make just 16 appearances before leaving to join Real Sociedad in 2007. But he remains the most expensive 15-year-old of all time, having taken that particular record off another Gunners purchase – Jermaine Pennant, for whom Arsenal paid Notts County £2m in 1999.

Osasuna, in case you were wondering.

16 – Vinicius Junior (£39.6m, Flamengo to Real Madrid)
Theo Walcott held the record for the most costly 16-year-old ever until May 2017. Arsenal spent £9.1m to bring in the GCSE-bound wonder from Southampton in 2006. But that fee is a pittance compared to the money it required for Real Madrid to prise Vinicius Junior from Brazil. The deal was agreed when he was 16 and it won’t go through until he is 18 in July 2018.

The jump to the third most expensive 16-year-old ever is a large one. Chelsea spent £2m on one Slobodan Rajković in 2007. Nope, us neither.

17 – Alex Pato (£18m, Internacional to AC Milan)
Liverpool once broke the record for the largest fee ever paid for a 17-year-old when they signed Wayne Harrison from Oldham for £250,000 in 1985. Borussia Dortmund spent £8.25m on the ‘next Zlatan Ibrahimovic’ 12 months ago. Such figures are a drop in the ocean compared to the £18m AC Milan paid to sign future Chelsea legend Alexandre Pato in 2007.

18 – Luke Shaw (£27m, Southampton to Manchester United)
Edging out Wayne Rooney by £2m is close friend of Jose Mourinho, Luke Shaw. The 18-year-old had just been named in the PFA Team of the Year when Manchester United swooped to sign him for just under £30m in summer 2014. Three-and-a-half years later, he is one of the fittest and fastest players at Old Trafford, and is even playing a spot of football now.

19 – Anthony Martial (£36.7m, Monaco to Manchester United)
Shaw would hold the title of most-expensive teenager in world football history for just over a year. He would lose it to new teammate Martial, who moved to Old Trafford for £36.7m in September 2015, having made 70 career appearances at that point.

“It was a ridiculous amount of money, but it’s the crazy world we are in,” said manager Louis van Gaal at the time. “I have not bought Martial for me. I have bought him for the next manager of Manchester United.”

A lovely present to Jose, certainly.

20 – Ousmane Dembele (£97m, Borussia Dortmund to Barcelona)
He must have one hell of an agent. After one season in Germany that reaped six Bundesliga goals, Barcelona splashed a massive amount of Neymar money on the Frenchman, who promptly ruptured a thigh muscle. He replaces Raheem Sterling as the world’s most expensive 20-year-old; he can only dream of being that good in three years.

21 – Neymar (£71.5m, Santos to Barcelona)
It’s difficult to decipher the exact fee for Neymar’s move to Barcelona in 2013. Announced at the time as a £49m deal, legal wranglings and tax disputes take the actual figure to something slightly above £200m – although the official price paid for the player himself was revealed in January 2014 to be £71.5m. It is almost double the £38.1m fee Monaco paid Porto to sign a 21-year-old James Rodriguez in 2013. Who could have ever predicted that Barcelona would eventually almost treble their money?

22 – John Stones (£47.5m, Everton to Manchester City)
Just think, Finley Burns could be worth £47.5m in eight years’ time. That fee now just about looks justified as Manchester City march towards the title.

23 – Paul Pogba (£89.3m, Juventus to Manchester United)
Last season’s most expensive player in the world (he’s now a lowly fourth) is also the most expensive 23-year-old. He displaced James Rodriguez, the Colombian having moved from Monaco to Real Madrid for £71m in the summer of 2014.

24 – Gareth Bale (£85m, Tottenham to Real Madrid)
The same age as Cristiano Ronaldo when he secured his dream move to the Bernabeu four years prior, Gareth Bale became the most expensive player in the world when Daniel Levy held out for £85m in 2013. The Welshman has a lot to thank Harry Redknapp for: the man who took him from nothing, didn’t try and flog him off to Birmingham for a pittance at all, played him as a winger because Benoit Assou-Ekotto was too good at left-back, and turned him into the player he is today.

26 – Virgil van Dijk (£75m, Southampton to Liverpool)
Replacing Angel Di Maria (£59.7m) as the most expensive 26-year-old is Liverpool’s record purchase, made this January. The world’s most expensive defender…assuming you don’t count occasional left-back Gareth Bale. And you don’t. Obviously. Because that would be mental.

27 – Luis Suarez (£65m, Liverpool to Barcelona)
You might have heard about this one. He came to England, saw, conquered, bit, did a racism and then engineered a move to Barcelona. He has scored an absolute barrel-load of goals and bizarrely looks something of a pre-Neymar bargain.

28 – Gonzalo Higuain (£75.3m, Napoli to Juventus)
Not saying that Higuain won this one easily, but he pips Pavel Nedved to the post by a cool £40m. Juventus were anticipating the sale of Paul Pogba for a world-record fee, and splurged more than £75m on the striker they hoped would win them the Champions League. He did not, though they came mighty close.

30 – Leonardo Bonucci (£35m, Juventus to AC Milan)
Bonucci moved last summer for a record-breaking fee for a 30-plus player and it initially looked like he might struggle away from the Old Lady. But even with AC Milan still mired in mid-table, the form of Bonucci has steadily improved. Can West Brom eke out more for Jonny Evans?

31 – Gabriel Batistuta (£23.5m, Fiorentina to Roma)
Even saying the name out loud makes the hair on the back of my neck stand up. Batistuta stayed loyal to the Viola cause for almost a decade, but joined Roma for a record fee for an over-30 player in 2000 in a bid to win the Scudetto. Batigol promptly scored 20 Serie A goals as Roma won the title. Magic.

Gabriel Batistuta with a cracking goal against Man Utd in the 99/00 season pic.twitter.com/peaw7pYYLB

33 – Claudio Bravo (£17m, Barcelona to Manchester City)
My word, that looks stupid now. We don’t think they will quite get their money back.

34 – Lilian Thuram (£3.4m, Juventus to Barcelona)
We enter into the petty cash section of our list, but Thuram is the oldest outfielder. The Frenchman left Juventus after demotion to Serie B, and largely played a back-up role until retiring with a rare heart condition.

35 – Shay Given (£3.5m, Manchester City to Aston Villa)
There’s no doubt that Given was still reliable at the age of 35, but it was a bit odd that Aston Villa spent £3.5m on a 35-year-old goalkeeper who they made No. 1 and then dropped after one season. Then you look at the bottom of the list and realise what they were attempting.

36 – David James (£1.2m, Manchester City to Portsmouth)
Signed at the age of 36, and went on to stay for four years and captain Portsmouth to their FA Cup triumph under Harry Redknapp. A good investment from ‘Arry, which is something you can’t say about [redacted] or [redacted] with [redacted].

37 – Brad Friedel (£2.5m, Blackburn to Aston Villa)
Old-goalkeeper-fetishists Aston Villa signed Friedel at the age of 37, and he still managed to play 133 times for them. If you think that’s impressive, he then left for Tottenham and played 67 more.