Home Johnny Nic Age is just a number? In football and society, it’s an insult 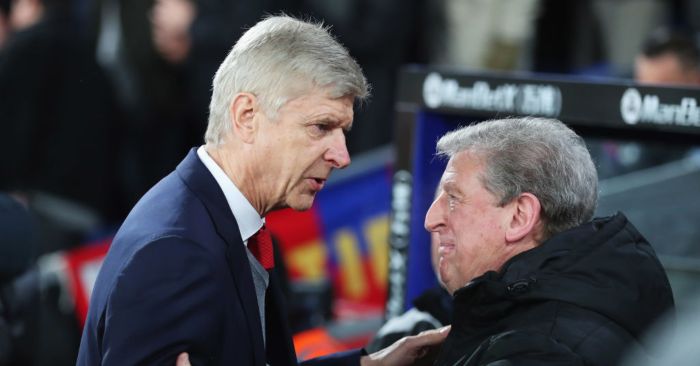 As a football writer, when I rather effortlessly fell backwards into middle age, something changed; my age became an issue. I was, in some eyes, an old fart who was living in the past and ever since have been told as much on a regular basis. I am not alone in this, of course. Not being in the first flush of youth is an insult thrown at many in all walks of life, as though ageing is a choice or moral decision.

My philosophical opposition to VAR is a good example of this. As soon as it became known that I was not in favour of using technology to sort out refereeing decisions, out came the (ironically conservative and reactionary) Grandpa Simpson shaking a fist at clouds memes, because old people don’t like change, y’see. That’s the cliche, anyway.

People of all ages oppose VAR, but only those who are older have their age used as a criticism of their standpoint. We are the Luddites, the old geezers who are out of touch. Back in your box, granddad, this is the future calling. Stop living in the past. Get with the programme. Technology is the future, you old fart.

I’ve had it all over the past few years.

When they heard that I had written a book called Can We Have Our Football Back? the same people’s absolute first and only assumption was that it was a rose-tinted glorification of a golden era; a wallowing in the past. I even started to get criticism and insults about how bad ’70s and ’80s football was and I was patronised as an old fool for indulging such romanticism in print.

Even though they hadn’t read it, they were certain that’s what the book was. It isn’t. That’s ageism, right there. Those critics were so stuck in their view of older people (whatever that age means to them) that the idea that one of ‘them’ might write a book – not about how great the past was, but about how and why we need to create a more progressive, fair and green future – wasn’t something on their radar. That’s how age can come before everything else.

I have also noticed that when someone is critical of something in modern football and is in their 30s, the debate is about the veracity of the criticism. But do it in your late 50s or older and age often comes into it. It becomes wearing, tedious and very predictable, as though an appreciation of history is nothing but witless nostalgia once you’re over 50. You are allowed to talk about ‘your’ era – let the old man do that much – but to cast light onto contemporary darkness is a different matter. What do you know about anything? You’re old.

At this point I should say that I don’t mean everyone does this. Far from it. Many do not. A great many. Many are as offended by it as I am. But even so, it’s always there. It never goes away. Not now. Sooner or later I will again be judged by age before and above anything else. And you know what? I’m fairly sure I have been just as guilty of this in the past. We get the ‘old = bad’ notions from an early age, an instilled paranoia monetised all through our lives, one way or another.

Ageism is one of the last bigotries that can be indulged in today without fear of opprobrium. It happens all the time and rarely creates a social media ripple on the waters of life because it is so endemic to society at all levels.

Football has an especially strange relationship with age. You can be ‘a kid’ at 20, ‘still young’ at 23, ‘not young anymore’ at 26 and an ‘experienced professional’ at 29. By 35 you’re a veteran but as soon as you go into management at 38 you’re a ‘good young manager’ until you’re at least 50, but hit 60 and bugger off: we need someone young with fresh ideas who can understand the youngsters. It is all a bit odd.

Arsene Wenger latterly felt some of the criticism he received for how Arsenal played was ageist. In 2018 he said: “The older you get, the more it becomes age discrimination. I’m a little bit fed up of all that modern thing about completely taking care of image. I’ve always worked my whole life about with the idea of who you are rather than how you look.”

It was argued that he was stuck in his ways and reluctant to change, which again is nothing but ageism; a stereotype. Anyone of any age can be stuck in their ways. It is a characteristic of personality, not of years. But what is seen as being focused and having a vision in your 30s, becomes being stuck in a rut and being afraid to take chances in your mid-60s. That’s because we have an age problem in football and in society more widely.

When Alan Pardew lost his temper with the well-worn-looking Manuel Pellegrini a few years ago, significantly, the words he chose were “f**king old c**t.” The f and the c would’ve sufficed but old comes into it because old is bad. As bad as being a f**king c**t, it seems.

Recently, Neil Lennon dismissed criticism of the 34-year-old Scott Brown’s performances as pure ageism. People start to see the number, not the person, as you age. They assign age as the reason behind problems or flaws. When Serge Aurier gave away that penalty against Liverpool, he got absolute pelters but none because he was 26. Had he been 34, it’d have been different.

Notice how, when Steve Bruce discusses his players, he can be depicted as a man who doesn’t understand the modern world, its fashions and wacky haircuts. His tone and demeanour do encourage this a little, but then it always has. I’m sure Steve thought Lee Sharpe had an odd fashion sense when Lee was 20 and he was 30. It is Bruce’s personality, not his 58 years on earth that is in play. But he is a common target for the ‘old man doesn’t understand youngsters’ insult.

"He's only 22 and he's got more outfits than I've seen. He's different and I'm sure at times he's going to cause me a few problems. But in all of that, deep down, he's a decent kid."

This is very Steve Bruce. https://t.co/h6MxWgT46i

We even see the age of newspaper columnists brought into critiques of their work in this ‘old man fails to understand young footballer’ sort of way. It’s easy to see why this happens given the cheap and wilfully ignorant stance often taken by some tabloid columnists on some issues, but to bring age into it just adds to the oppressive ‘old = bad’ culture. If you doubt this, how many times does a younger journalist get criticised with an age-related epithet? It doesn’t happen. They could write the exact same thing as the older person, but those ‘man in his 30s fails to understand young footballer’ criticisms never happen.

Roy Hodgson at 72 is just one of football’s workers who is proof if it were ever needed that people in their third age are not all doddery old idiots who don’t understand the modern world. It is no more fair to tar everyone with this brush than it is to make any other sweeping stereotypical assertion about anyone of any age, ethnicity, gender or persuasion. To use ‘old’ as a stick with which to beat someone diminishes us all. Even if meant for one specific person, it leaks out and poisons all the water.

“Ageist attitudes abound in society and have a major impact on the public’s health, and yet they are rarely treated with the seriousness they deserve,” says the Royal Society for Public Health chief executive, Shirley Cramer. “Too often ageist behaviour and language is trivialised, overlooked or even served up as the punchline to a joke – something we would rightly not tolerate with other forms of prejudice.”

All of this is so unnecessary. But then what do I know? I’m just a dinosaur who is living in the past, apparently…or at least until I become a woke snowflake.