Home All The News Agent: Chelsea have been in touch over Bailey transfer 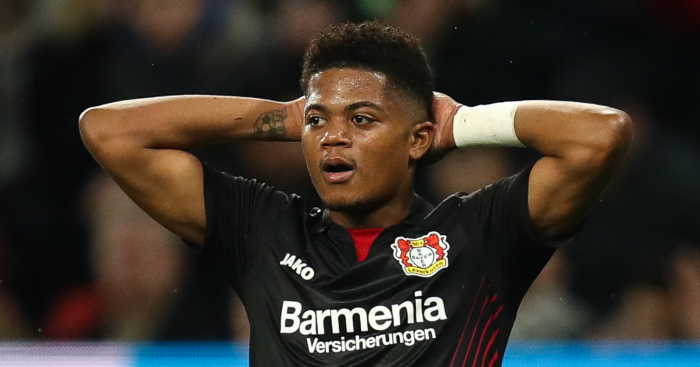 Chelsea have been in contact over Leon Bailey’s future at Bayer Leverkusen, according to the forward’s agent.

Bailey will be hoping his chances of appearing in the starting line-up will improve after Heiko Herrlich was sacked by Leverkusen last month.

The Jamaica international has already admitted he likes new boss Peter Bosz’s “style of football” and he will be keen to improve on only eight starts in his 16 Bundesliga matches this term.

The 21-year-old decided to remain at Leverkusen last summer after Chelsea made an attempt to sign him.

However, Craig Butler, who is Bailey’s stepfather as well as representative, has claimed a number of “top clubs” including Chelsea have asked about Bailey’s future.

“I am very happy that this change has come about. Leon did not develop under Heiko Herrlich,” Butler told SportBild.

“For Leon it is very important that he enjoys football, he lives alone in Germany, the family is in Jamaica, and if Leon does not have fun, it kills him.

“Top clubs have come forward, Real and Atletico Madrid, Chelsea, Roma, and in recent months they have been surprised that Leon plays so seldom, wondering why a top league player like him is suddenly sitting on the bench.”