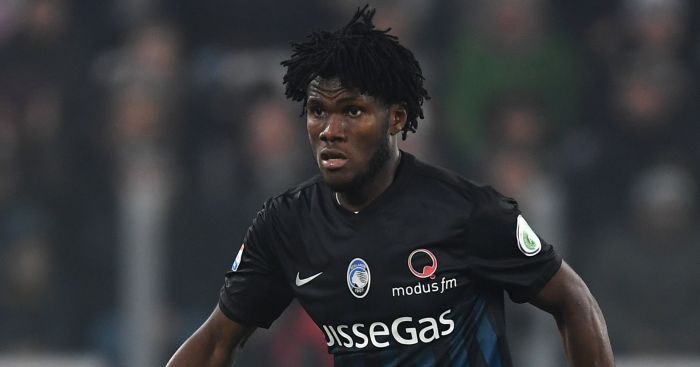 Chelsea have had a €25million (£21million) bid turned down for Atalanta midfielder Franck Kessié, according to the player’s agent George Atangana.

The Ivory Coast international has scored six goals in 16 appearances for the Serie A side this season and comparisons have been made with Manchester City midfielder Yaya Toure.

Oscar will leave Stamford Bridge for Shanghai SIPG when the January window opens with a reported £52million deal in place and the Blues are understood to be looking for a replacement.

Speaking to the Guardian, Atangana reportedly revealed that Chelsea had a £21million bid rejected by Atalanta for his client with €40m (£34m) thought to be their valuation.

“We have a lot of interest from the Premier League – Chelsea, Liverpool, Manchester United, Manchester City and Arsenal,” Atangana said.

“I cannot say at this stage how much he will cost but we are talking about one of the best young players in the world.

“But for us the most important thing is that the technical project is the right one for him. Franck is very young so we have to be very careful about his development.

“Chelsea are very interested and it is a great club but we must take our time to consider all the options.

“Now we are in January so he has to play at the African Nations Cup for Ivory Coast so I am not going to rush anything.”