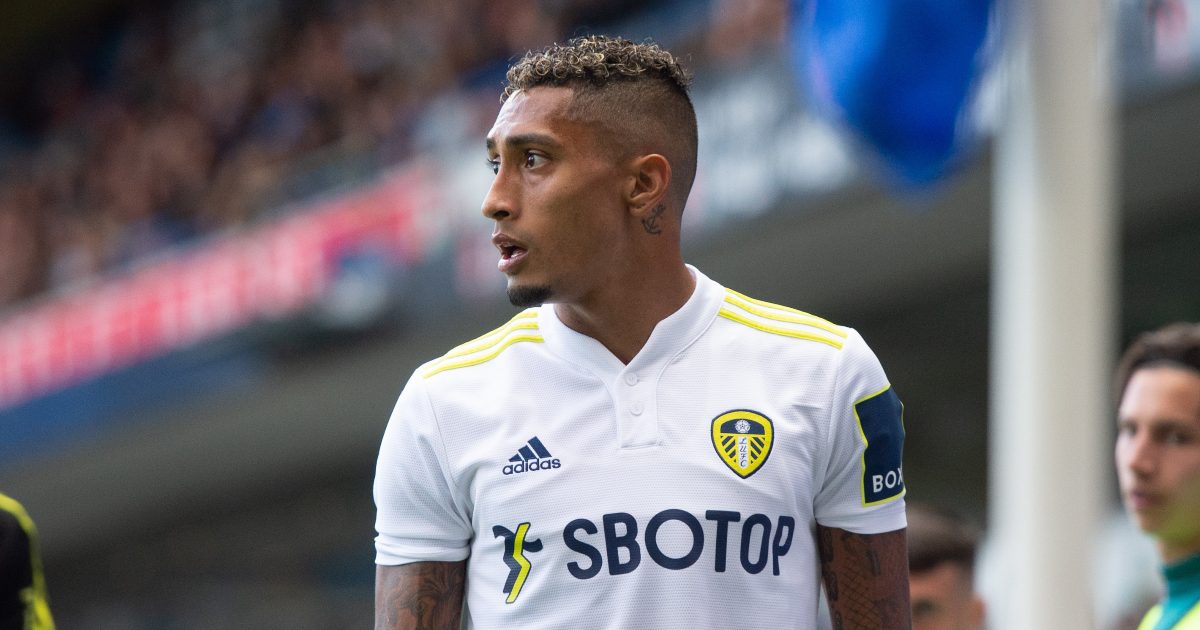 Brazillian football agent Eduardo Uram has suggested that Raphinha’s price will reach €60m if the likes of Man Utd and Liverpool battle for his services.

The Whites enjoyed a superb return season in the top flight. Raphinha was influential as he grabbed six goals and nine assists from his 30 league games.

Raphinha poked fun at Benrahma and is Prem’s form player

The winger has also made a strong start to this campaign and he made his breakthrough for Brazil during the international break. Man Utd and Liverpool have been linked with him in recent months.

Raphinha’s agent is former Barcelona and Chelsea midfielder Deco. Last week, he revealed that Liverpool were interested in the winger during the summer:

“Raphinha has become an important player in the Premier League, the club knows he has grown and things will happen naturally.

“He’s young, he has many challenges ahead, there are certainly several clubs that like him, and Liverpool do like him, there were surveys, but nothing official. Leeds wanted to keep him for another season.

“Raphinha is happy at Leeds and for sure the time will come to take the biggest leap in her career, to take a step forward. He has a three-year contract, but it is not the contract that defines the length of stay or prevents transfers. Leeds is aware, they will want to make an important sale, and Raphinha will end up growing in his career.”

Transfermarkt currently value Raphinha at £28.8m (around €34m). In an interview with UOL, Deco suggested that his player’s price will go up:

“I don’t know how they do it, I don’t understand Transfermarkt’s evaluations. I think now it should go up.”

Uram then claimed that if Raphinha leaves for one of Leeds United’s league rivals, his price could reach €60m:

“What will determine the price is the level of the club that signs him. If it’s Manchester United, City, Liverpool, Chelsea, the price could reach around €60m. What determines the price of a player is the market he hits.”