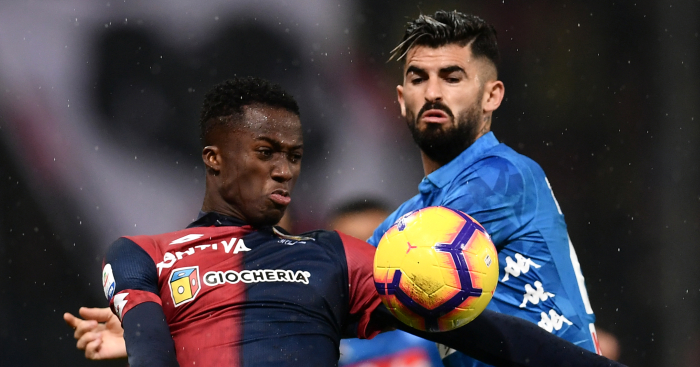 Chelsea have been linked with a move for Hysaj for some time, with both Antonio Conte and Maurizio Sarri having kept tabs on the right-back during his development in Serie A.

The 24-year-old broke through at Empoli in 2011 before joining Napoli three years ago, establishing himself as one of Italy’s most solid defenders.

It was believed that Hysaj would enter contract negotiations with Napoli soon as his current deal is not reflective of his importance to the side.

Giuffredi stated earlier this week that “we’ve been talking to Napoli for some time”, but there appears to have been some backtracking over the player’s future as Napoli are giving more opportunities to Kevin Malcuit.

“Chelsea in for Hysaj? If you see Napoli are playing Malcuit and looking at other players, clearly it means that there are also enquiries,” he told Radio CRC.

“Those who say otherwise are misinformed. Hysaj is a player who can do well in English football, given he’s very physical and being watched by big clubs.