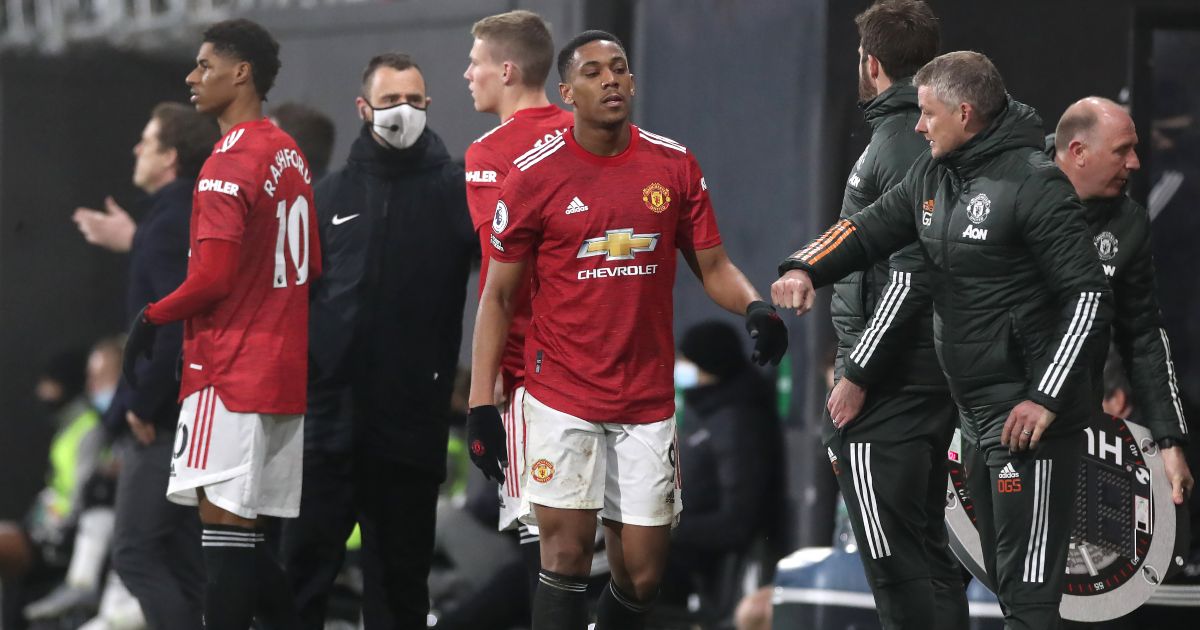 Anthony Martial wants to leave Manchester United in the January transfer window, his agent has confirmed.

The Frenchman has started just two Premier League games for United this season and wants to leave the club in search of more game time.

Martial joined United from Monaco for £54million in 2015 and has three years remaining on his current contract having signed a new deal in 2019.

The 26-year-old has scored a total of 79 goals in 268 appearances for United but has slid down the pecking order with a raft of forward options available to Ole Gunnar Solskjaer and now Ralf Rangnick.

With rumours of Rangnick wanting to strengthen in January, an exit for Martial could well be on the cards to make room in the squad and on the wage bill.

Speaking ahead of the January transfer window, former United midfielder Paul Ince claimed the club could have a problem due to the uncertainty over Ralf Rangnick’s role at the club going forward.

Rangnick was announced as United’s interim manager until the end of the season but the man himself suggested he could stay in the hotseat beyond the summer.

Ince said: “When you talk about going to the market and bringing players in, are you going to spend £30m or £40m on a midfielder?

“They do need to look at the midfield. Fred played very well against Crystal Palace but Man United players need to do it week in, week out.

“United needs one or two midfield players that can actually control the game.

“I’d also be looking at a centre-forward. Edinson Cavani is at a stage where he is picking up injuries all the time. You can’t keep playing Cristiano Ronaldo every game so maybe that department might be looked at.

“Rangnick might just feel he is happy with what he’s got and add one or two players. But if he can improve these players, which I’m sure that he can, it’s not a bad team. Varane is to come back Sancho is playing with a bit of confidence