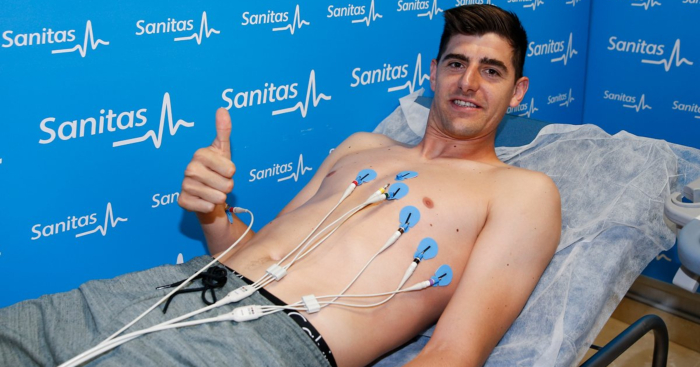 Thibaut Courtois would have stayed at Chelsea if his family lived in London, his agent has said.

The Belgium goalkeeper left Chelsea for Real Madrid earlier this week in a £38million move, with the Premier League club going on to break the world record in bringing in his replacement Kepa Arrizabalaga.

Courtois went AWOL in the days leading up to his departure, as he did not turn up for training, but with his family residing in Madrid, his agent Christophe Henrotay insists there were honest reasons for forcing his sale.

“There has been a misunderstanding that he wanted to get a move for the wrong reasons, but he was pushing to go out of Chelsea because of his child,” Henrotay told BBC 5 live Sportsweek programme.

“If the family were in London it would have been totally different. He would have stayed, there is no reason to leave a club like Chelsea, he could have won trophies.

“Unfortunately his kids are living with the mother in Madrid.

“He had the contract and it depended on Chelsea, but running close to the end of his contract, Chelsea had an interest to find a deal with Madrid, which they did.

“It is personal reasons so we have to respect this. Chelsea understood the situation and really helped to get the deal.

“They did a really quick and easy deal together, understanding the humanity of the situation. It is not doing something against their fans it is about getting the best of a situation that is not ideal.”