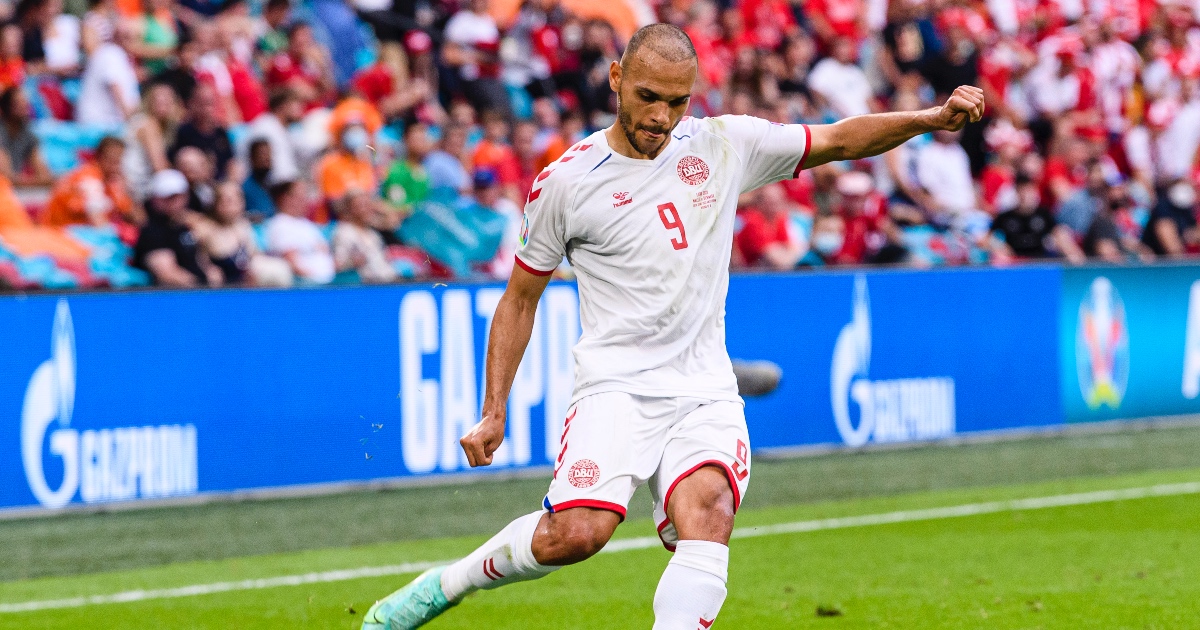 The agent of Barcelona forward Martin Braithwaite has denied suggestions that his client is close to joining Wolves.

The Denmark star, 30, is one of several players to be linked with a Nou Camp exit this summer.

The Catalan giants need to reduce their wage bill and as such Braithwaite has been linked with a number of Premier League sides.

West Ham, Brighton, Burnley and Norwich are all thought to be interested.

The most likely destination, however, was thought to be Wolves.

Super agent Jorge Mendes was said to be ‘pushing’ for Braithwaite to join the West Midlands outfit due to his strong links with the club.

But Braithwaite’s representative, Hasan Cetinkaya, has angrily denied the rumours.

Speaking to Spanish outlet Mundo Deportivo (via ESPN), he said: “Everything’s s***, all these stories are false.

“From day one until now, he’s exceeded expectations in terms of playing time and wellbeing at the club, and he’s very happy.

“He was one of the best players at the European Championship with incredible statistics, and he’ll continue with Barcelona.”

The player was rumoured to be a potential backup for Raul Jimenez at Molineux, but it seems Wolves will have to pursue alternative options in attack.

Braithwaite earned a surprise move to Barca in February 2020 due to a player shortage.

He has had to compete with the likes of Lionel Messi, Antoine Griezmann and Ansu Fati for a starting spot in the last two seasons.

There have been major changes at Barca during the summer. They’ve brought in forwards Sergio Aguero and Memphis Depay on free transfers, while Griezmann could return to Atletico.

The Blaugrana still need to reduce their wage bill before they can announce Messi’s new long-term contract.