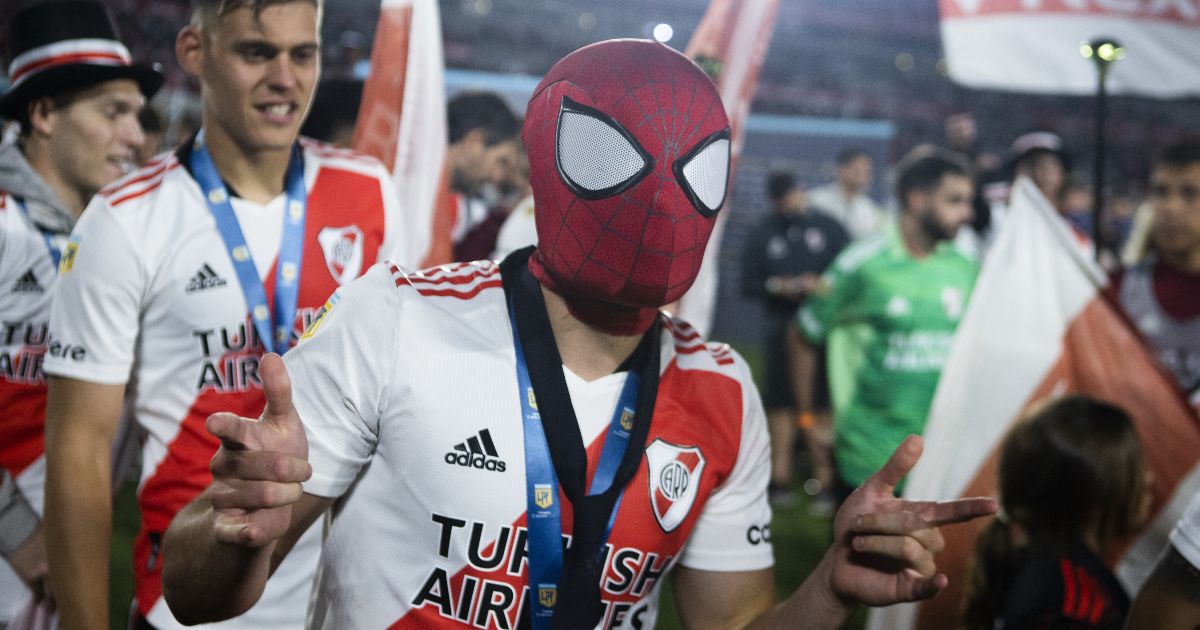 Man Utd are closing in on a deal to bring River Plate striker Julian Alvarez to the Premier League, according to reports in Spain.

He has scored a remarkable 18 goals in 21 games this season – earning himself a call-up to the national team – so it’s little wonder that he’s being chased by numerous top clubs in Europe.

A report earlier this month claimed that the Red Devils have ‘put in a call’ about Alvarez, who can leave for just £17m, which seems a little like a bargain.

Wright is wrong about AFCON, PL’s Ross and Rachel and more mails…

He is available on a free transfer in 12 months’ time with his contract at the Argentinian outfit coming to an end.

And now there is a fresh report from Spanish publication Sport which claims that Bayern Munich, Barcelona, Real Madrid and Inter Milan are all interested in Alvarez, as well as Man Utd.

However, the Premier League outfit ‘lead the rest of the suitors’ with the player’s agent flying to England to ‘try to close’ a deal with Man Utd.

River Plate will ‘not negotiate’ anything less than his €20m (£17m) release clause and the Red Devils are ‘willing to pay’ that as they ‘prepare an offer’.

Meanwhile, Man Utd boss Ralf Rangnick was pleased by the reaction and improved body language displayed by his players as they beat Burnley days on from the meek draw at Newcastle.

“In team sports it’s always important that you are convinced about what you are doing,” Rangnick said.

“At Newcastle it was a difficult game for us. We were 1-0 down after seven minutes. They did well, we didn’t play well, especially in the first half. Therefore the reaction to what’s happening on the pitch is the question: how do we react to this?

“Do we fight back? Do we show them that we are still a team, that believes in ourselves? Or do we shake our heads or do this. These kind of things only help the other team and does damage our own team.

“Therefore, for me, it was clear to tell them it is important we work and behave and work as a team and that we don’t show these kinds of side-effects on the pitch.”