Home All The News Agent: Man Utd target Fernandes won’t be at Sporting next season 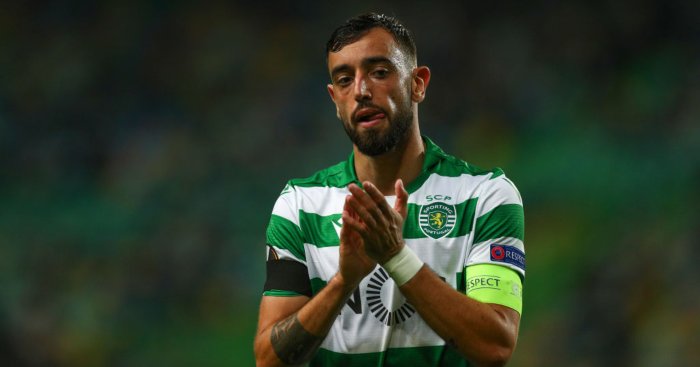 Manchester United target Bruno Fernandes won’t be at Sporting Lisbon after the summer transfer window, according to his agent.

Ole Gunnar Solskjaer’s side missed out on highly-rated striker Erling Haaland to Borussia Dortmund, but work continues for January reinforcements in attack and midfield.

The United boss has wanted a new central midfielder since the summer and Portugal international Fernandes is in their crosshairs this month, although the Press Association news agency understands there remains a big difference in valuation to that of Sporting.

PA understands the 25-year-old wants to leave the Lisbon side, who do not have another match until next Wednesday after being knocked out of the Taca da Liga by Braga on Tuesday.

Jorge Mendes, who is helping to broker the midfielder’s exit, confirmed that Fernandes will leave Sporting this summer, if not this month.

“If he (Fernandes) will not leave now he will leave for sure in the summer because Sporting, they have spoken already with other clubs and something will happen,” Mendes told Sky Sports News.

“I’m not sure if (it will happen) now or the end of the season.”

Meanwhile, a report in Portuguese newspaper A Bola earlier on Wednesday said that a transfer to Man Utd ‘may be closed today’.