Home All The News Agent: Liverpool man waiting to exit via a ‘game of musical chairs’ 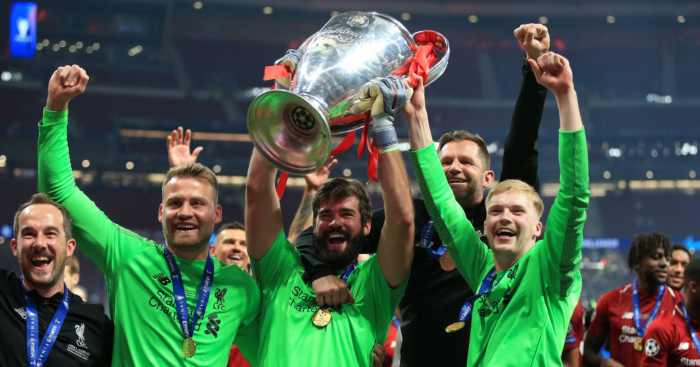 Simon Mignolet will look to leave Liverpool this summer despite the club wanting to hold onto their back-up goalkeeper, according to his agent.

Paul Joyce of The Times reported in late June that Liverpool ‘expect’ the Belgium stopper to remain at Anfield next season after ‘valuing his attitude and approach’.

The 31-year-old only made two appearances last season, not featuring in the Premier League and he was expected to move on this summer.

The arrival of Alisson, 26, from Roma last summer for £65million have severely restricted Mignolet’s opportunities, who was fighting it out with Loris Karius for the number one jersey in 2017-18.

At the time, Joyce said that Mignolet is ‘highly regarded’ by Jurgen Klopp, the rest of Liverpool’s backroom staff and for the situation to change there would have to be a significant offer from a club which appeals to Mignolet.

However, Mignolet’s agent says he will still push for the Belgian stopper to leave this summer.

Speaking to DH (via Sport Witness), his agent said: “The goalkeeper game of musical chairs hasn’t started yet. It’s important for Simon to play somewhere, and our goal is still to make him leave.

“He’s still got a lot to offer, and if we have an offer, we’re counting on Liverpool making an effort.”

The European champions have embarked on their pre-season tour of the United States with Mignolet as their only first-team keeper option.