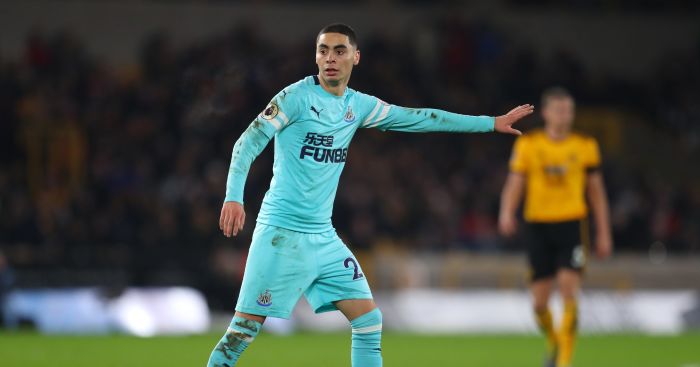 Rafael Benitez’s men eventually agreed a fee of £16million for Almiron, an amount that could rise to £21million if he reaches a number of milestones.

Newcastle spent two months talking to Atlanta United about the player, and the deal came close to falling through after the player headed to Italy to enter Napoli talks before Toon chiefs managed to resurrect the transfer and sealed the move on deadline day last month.

But speaking to ParaguayTVHD, Campo confirmed: “Manchester United was interested in Miguel Almiron.”

Campo, however, feels that Newcastle have signed the ultimate professional in Almiron, who he believes will thrive at St James’ Park – as reported in the Newcastle Chronicle.

He added: “He does not like to go out, he is a boy who likes to be at home, Miguel is a boy who has an impeccable conduct.”

When asked about what advice he offered to players wanting to emulate Almiron, Campo said: “I only recommend perseverance to young people, just as Miguel Almiron had, at this sporting level, only that, more optimal personal care.”