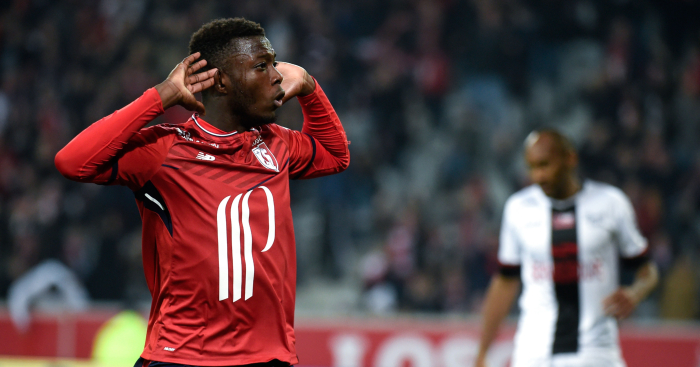 The agent of Lille winger Nicolas Pepe has admitted that he is in talks with a number of clubs over a summer move for his client.

Pepe has 19 goals and 11 assists in Ligue 1 this term, and Manchester United as well as their rivals Arsenal and Liverpool have also been credited with interest.

Earlier in the week, it was also claimed that Chelsea have lowered their asking price for Eden Hazard in order to tie up a deal for the Ivorian as his replacement.

Lille reportedly value Pepe at around £70million, with the wide man still under contract at the Ligue 1 side until 2022.

Now, the player’s representative Samit Khiat has admitted that a decision is yet to be made over his client’s future.

“We are in discussion with clubs. No decision has been taken,” Khiat told RTL.

“Today, there are no favourites, be it Bayern Munich or another club. Nicolas will not go just anywhere. We have not decided on which league.”