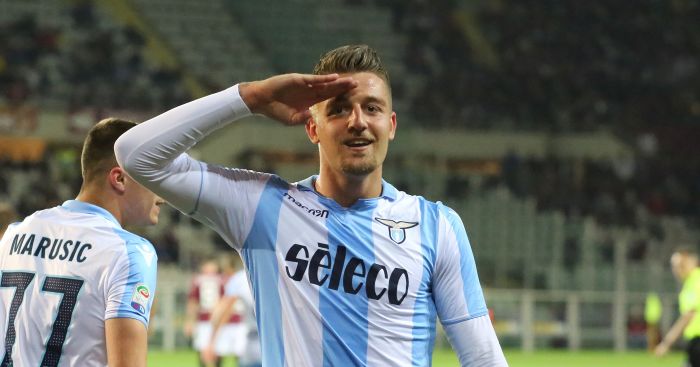 There is “enormous interest” in Lazio midfielder and Manchester United target Sergej Milinkovic-Savic, according to the player’s agent.

Milinkovic-Savic has been linked heavily with a move to the Red Devils this summer and it was recently claimed in Il Messegero that United would have to pay a club-record fee of 150 million euros to land him.

Real Madrid and Juventus are also rumoured to be interested in the Serbia international but his agent – former Chelsea striker Mateja Kezman – has hinted that there is no rush for Milinkovic-Savic to leave Lazio.

“He still has a long contract with Lazio, but as I said a few days ago, there is enormous interest in Sergej,” Kezman told Calciomercato.it.

“In football, you never know what might happen from one day to the next, so we’ll see what the future holds. He was certainly one of the best players in Serie A this season and has the potential to become the best in the world in his role.

“Obviously playing in the Champions League is the dream of everyone who plays football, but he is only 23 years old and has plenty of time to achieve that.”