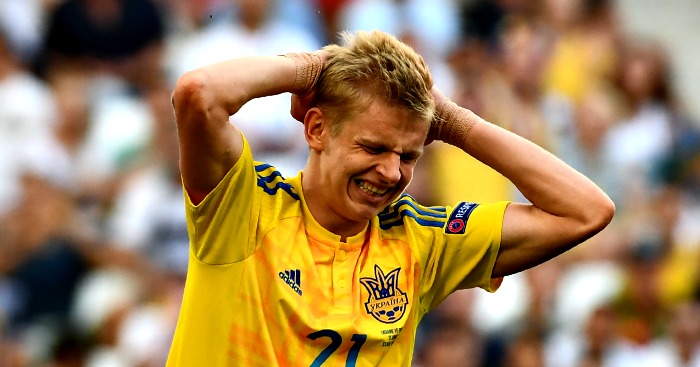 Manchester City beat Arsenal to the signing of Oleksandr Zinchenko this summer, according to the player’s agent.

City signed Zinchenko in a £1.7million deal from Russian side FC Ufa.

The winger was immediately loaned out to Dutch side PSV, where he has played six games in all competitions.

After impressing for Ukraine at Euro 2016, the 19-year-old earned his move to the Premier League, but agent Sandor Varga claims that one other English club sought his signature.

“Arsene had seen a youth game of Shakhtar and took 20 minutes to assess the potential of Oleksandr.

“Wenger asked me ten times about Zinchenko and I later informed him and felt even a bit sad because I couldn’t help him.”