“He will be so successful at Tottenham he’ll want to stay and it will be a simple deal to do the rest.” 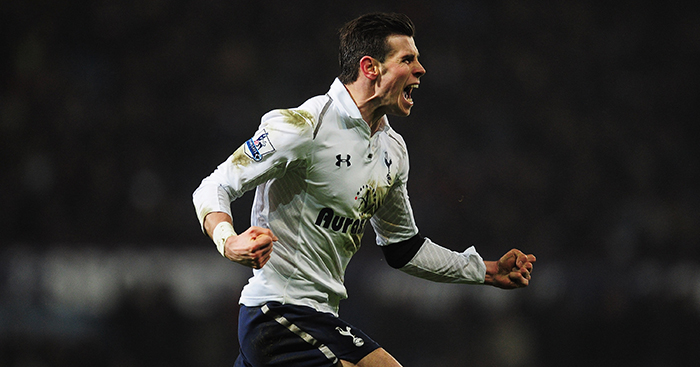 Gareth Bale’s agent says it was Tottenham’s eagerness to secure the return of Gareth Bale that saw them beat the likes of Manchester United to his signature.

Bale has returned to north London after a trophy-laden, seven-year spell at Real Madrid.

When talk of his exit from Spain increased, reports claimed several sides – including United – were showing interest.

Speaking to BBC Sport, however, Jonathan Barnett says Tottenham were the first club to make serious advances for Bale’s signature.

“Basically it was a conversation between [Tottenham chairman] Daniel Levy and myself where the subject came up, I suggested it and Daniel was interested,” the agent said.

“So that’s basically how it was done. No magic, just long chats.

“Daniel Levy’s been interested in bringing Gareth back for a long time. There was always a reason why it couldn’t happen. Just this was the right moment. They made the move first.”

Bale has moved back to north London on a season-long loan deal, with Madrid and Spurs splitting the cost of his wages.

However Barnett feels that, should the Wales international impress, it will be “simple” to push through a second move.

“I’m sure that if things really worked out well, we’d have no problem,” the agent added.

“This is the club he wants to play at. I don’t see any problems if he wants another year. Hopefully the subject [of returning to Real] won’t come up.

“He will be so successful at Tottenham he’ll want to stay and it will be a simple deal to do the rest.”

Bale will not make his second Spurs debut for at least another four weeks. The forward moved back to England with a knee injury, for which Spurs have recommended a detailed recovery plan.