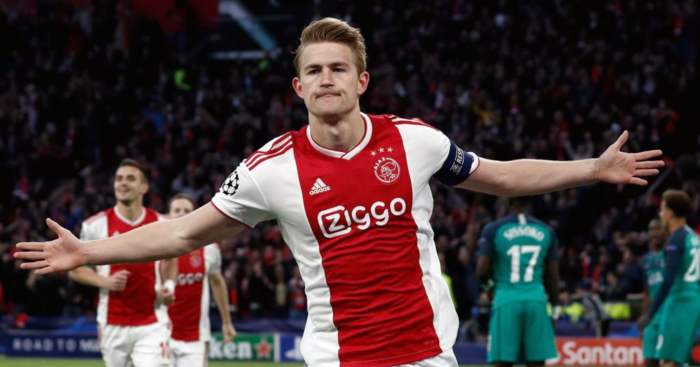 De Ligt to Manchester United is one signing we would love to see this summer with the most recent reports indicating that the Red Devils are ‘determined to spend a lot of money’ this summer on De Ligt and other players.

The Netherlands international has not only been linked with a move to Old Trafford but also heavily with Barcelona, who had been considered favourites to sign the centre-back.

Catalan radio station RAC1 claimed recently that Barca’s deal is apparently being held up by Raiola as the agent has asked for 20 per cent commission for the deal to go through.

That has given other clubs the opportunity to swoop in on the potential €70million (£61.7m) transfer.

With De Ligt claiming that he has “several options” on the table with “one option” the most logical.

And now Wednesday’s edition of Catalan newspaper Sport (via Sport Witness) reckons Liverpool have joined PSG in the race for De Ligt.

The report adds that his representative Raiola only sees De Ligt joining Liverpool or PSG and not Barcelona, as the Spanish giants cannot meet the centre-back’s requirements.

Liverpool are understood to be Barcelona’s ‘biggest competitor’ but Sport don’t mention United as a rival for his signature due to their lack of Champions League football.