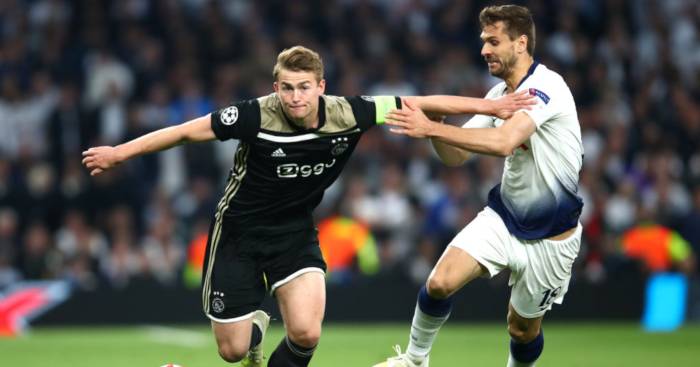 Matthijs de Ligt’s agent wants the Ajax defender to move to Manchester United ahead of Barcelona, according to reports.

De Ligt has emerged as one of the brightest young talents across Europe during his time as Ajax after a number of brilliant performances, one of which came in Tuesday’s Champions League semi-final first leg win over Spurs.

Named Ajax captain as a teenager, the centre-half has attracted reported interest from Barcelona, Manchester United and numerous other clubs.

According to a report from Spanish outlet Mundo Deportivo, Barcelona are still considered the clear frontrunners to land De Ligt, having already captured the signature of his team-mate Frenkie de Jong in a €75m deal.

However, the report goes on to state that his agent Mino Raiola has his own agenda as per usual, and would rather see his client sold to United, Juventus or Bayern Munich over Barca.

The player himself is also believed to favour a move to the Nou Camp, though he has spoken fondly of Liverpool in the past, and Ajax coach Ronald de Boer recently suggested that a move to the Premier League would be best for the €75m-rated defender.