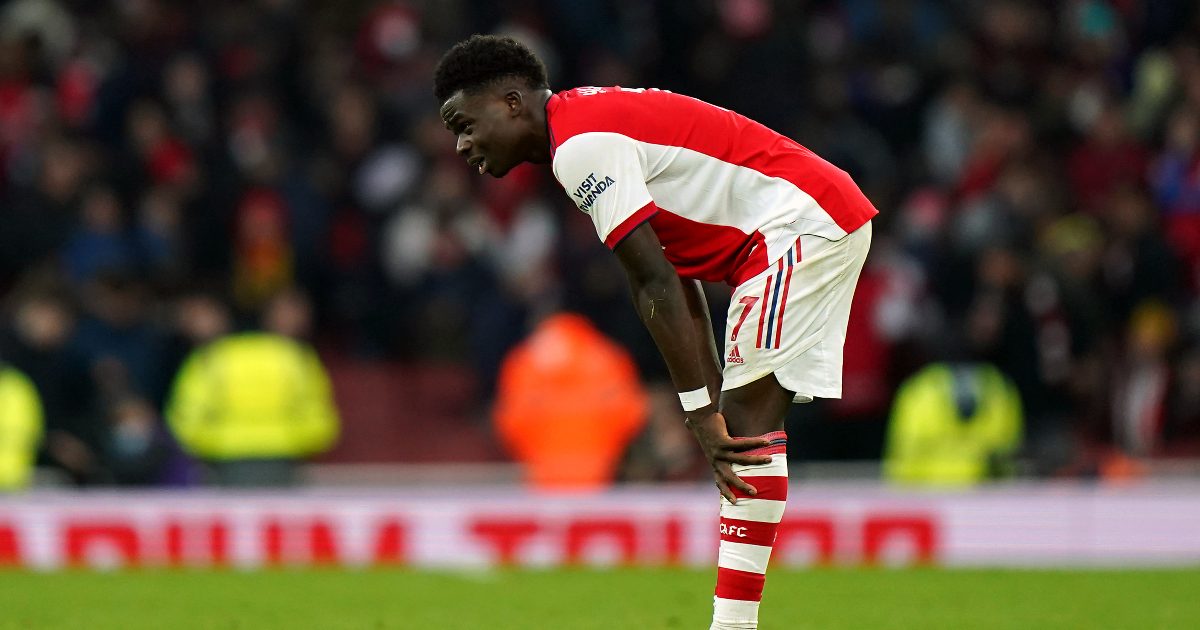 Noel Whelan believes Bukayo Saka’s agent will put “pressure” on the player to leave Arsenal amid interest from Liverpool.

The 20-year-old has been a stellar performer for Arsenal over the past couple of seasons.

Saka is arguably enjoying his best campaign to date on a personal level this time around. He has been involved in ten goals from his 22 Premier League outings.

It was reported earlier this month that Liverpool were ‘ready to pounce’ to sign Saka as Jurgen Klopp is an admirer of him.

Arsenal are keen for their player to sign a new contract as his current deal is set to expire in 2024.

The Gunners are not in action this weekend. They were due to face Chelsea, but Thomas Tuchel’s side are in Abu Dhabi competing in the FIFA Club World Cup.

Whelan believes Champions League sides “will want a player like Saka” in their team:

“Saka’s had such a quick rise at Arsenal over the past three seasons. He has become a hugely important player and commodity for them,” Whelan told Football Insider.

“Saka will not want to leave Arsenal, he will desperately want to get them into the Champions League this season.

“But there will be pressure from his agent. There will be whispers and people talking because teams in the Champions League will want a player like Saka in their side.”

Elsewhere, Kevin Phillips believes Saka has the “attributes and qualities” to replace Mohamed Salah at Liverpool:

“I think Saka will get better and better. He’s still a young kid, he’s done a lot already in his short career.

“I think he’s an unbelievable talent and I think, moulded in the right way, he’ll turn out to be a top-class player.

“Whether he can go to Liverpool, if that was to happen, could he emulate what Salah’s done? It’d be very, very difficult for any player to do that.

“But he’s certainly got the attributes and qualities that he possibly could join Liverpool and replace Salah. Let’s not forget, Salah didn’t tear it up early on at Chelsea.

“For Saka, he’s developing all the time”.