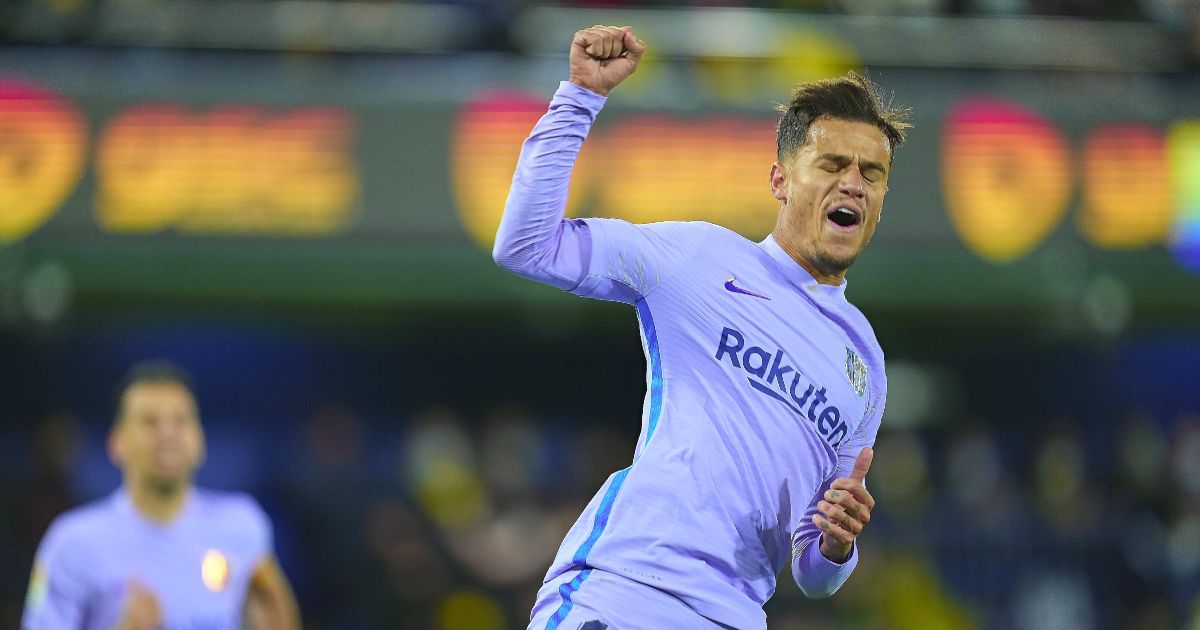 Philippe Coutinho has accepted that he must leave Barcelona in the January transfer window with a move to Spurs a possibility, according to reports.

The Brazilian has struggled for form and fitness since leaving Liverpool in January 2018 to join Catalan giants Barcelona.

His hefty £142m price tag has always weighed heavily on the 29-year-old which has become harder to justify given Barca’s recent financial troubles.

He has only started five matches this season in all competitions with Coutinho making a further 11 appearances from the substitutes’ bench.

A recent report in Spain insisted that ‘Arsenal want him’ and that Arteta has ‘given a resounding yes when approving the arrival’ of Coutinho.

But now Mundo Deportivo (via Sport Witness) claims that Coutinho ‘begins to accept’ that he ‘must leave’ the Camp Nou in the January transfer window with the club keen to get his wages off their books.

A transfer offer from Spurs and two other unnamed clubs are the ‘proposals on which the agents are working’. However, the report in the Spanish newspaper insists ‘there is nothing advanced’ yet.

Coutinho has also been linked with Newcastle United after their takeover earlier in the season – but it’s believed that the Brazil international wouldn’t be interested.

Meanwhile, Spurs boss Antonio Conte was frustrated at his side’s inability to get past 10 men in the second half of their 1-1 draw with Southampton on Tuesday.

Conte said: “My demands are very high because I am used to being competitive and to win, and for sure for me there is a big disappointment when we don’t win.

“I understand also the situation. Now for sure we have to work a lot and it won’t be easy to fight for something this season.

“We need to improve a lot. For sure it was an opportunity that we missed. When you have this type of situation you have to try to exploit, to try to get three points.

“We knew very well that to play against Southampton in this stadium is not easy. The situation at one point of the game was positive for us.

“We didn’t find the solutions to score. We scored, but they decided to disallow the goal.”