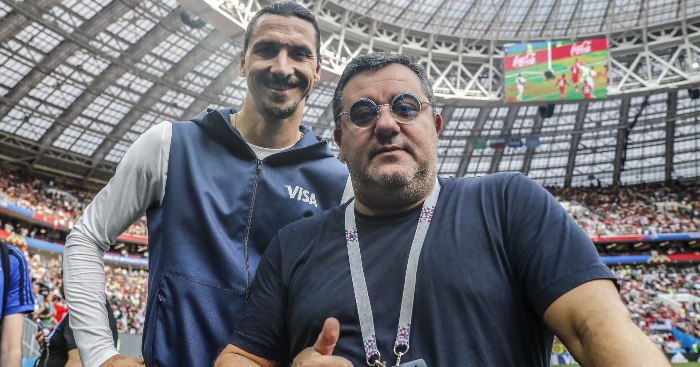 Agents’ fees across the globe have climbed above the half a billion pound mark for the first time in 2019, although commissions paid in international transfers by English clubs fell by a third.

Data from world governing body FIFA’s International Transfer Matching System (ITMS) showed that 653.9 million US dollars (equating to just over £500m) was spent on commissions to agents and intermediaries in the year to date.

Clubs in England, France, Germany, Italy, Portugal and Spain accounted for over 80 per cent of the total spend on commission, with Portuguese clubs spending almost half as much on intermediary fees as on transfer fees.

In October, the FIFA Council endorsed a recommendation from its football stakeholders’ committee to put caps on intermediary spending.

It included limiting the amount an agent representing a selling club can receive at 10 per cent of the transfer fee.

Roberto Branco Martins, the general counsel of the European Football Agents Association (EFAA), said in November that there had been “no consultation” between his organisation and FIFA.

Asked for his view on the proposed cap, Branco Martins said: “It is a red line.

“A cap on the fee is a disproportionate method. If normally you charge 10 per cent, and now you (can only) charge three per cent, people will find a way around the rules.

“The system would lead to under-the-table payments.”

The ITMS is used by all 211 FIFA member countries and over 7,500 professional clubs around the world.