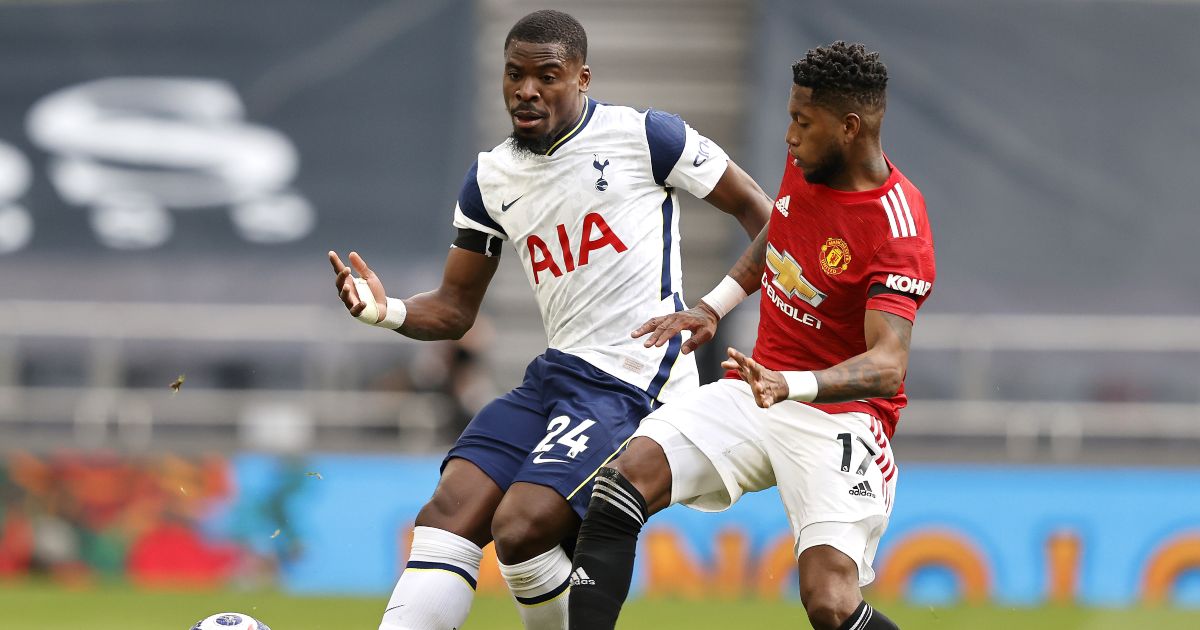 Tottenham have confirmed they have struck an agreement to terminate Serge Aurier’s contract.

The Ivory Coast international has been heavily linked with a transfer away from Spurs with Paris Saint-Germain linked earlier in the summer window.

Aurier only managed to make 19 Premier League appearances last campaign and would be on the fringes of the squad this season under Nuno Espirito Santo.

The Athletic claimed earlier today that Spurs ‘are no longer expecting to find a new club for’ Aurier this summer with his contract expiring next summer.

Before Football.London journalist Alasdair Gold claimed that, after making it ‘very clear to the club that he wanted to leave this summer’, Aurier ‘is in talks to terminate his contract early and an agreement is close’.

Achraf Hakimi signed for PSG this summer and put an end to any hopes of a dream return to the French capital and ‘Aurier and his agent have been unable to find him a move out of Tottenham’ before the deadline.

‘It was made clear he could be facing a similar season in the wilderness to Danny Rose’ and he is now close to leaving the club on a free transfer.

And now Tottenham have officially confirmed on their website that they have struck an agreement with their defender, calling it a ‘mutual termination’.

Aurier said: “I have really enjoyed my time at Spurs and would like to thank the Club and the fans, but I feel now is the right time for me to move onto a new challenge.”

Meanwhile, Tottenham defender Eric Dier wants the north London side to have “more control in every game” this season.

Dier told the club’s official website: “We’re all really happy, most importantly to get the win before the international break, and finish with three wins (from the first three games). I think we can still do more, we can play better, probably we should have scored a few more goals today, but that will come.

“Watford have very good attacking players, they started well, we had to contain them a little, we didn’t start the best.

“We controlled the game throughout, really managed to nullify their counter-attack, and that’s down to our positioning, especially our midfielders. Skippy and Pierre have been fantastic in all the work they do, so, yes, it’s been a good start.

“We’ve had very different games, and this was the first one where we had a lot more control.

“We want to build on that and have more control in every game. Within the three games, we’ve kept our principles, and our principles are the same, the manager really emphasises that, and we know together, as a unit, we can be very strong.”