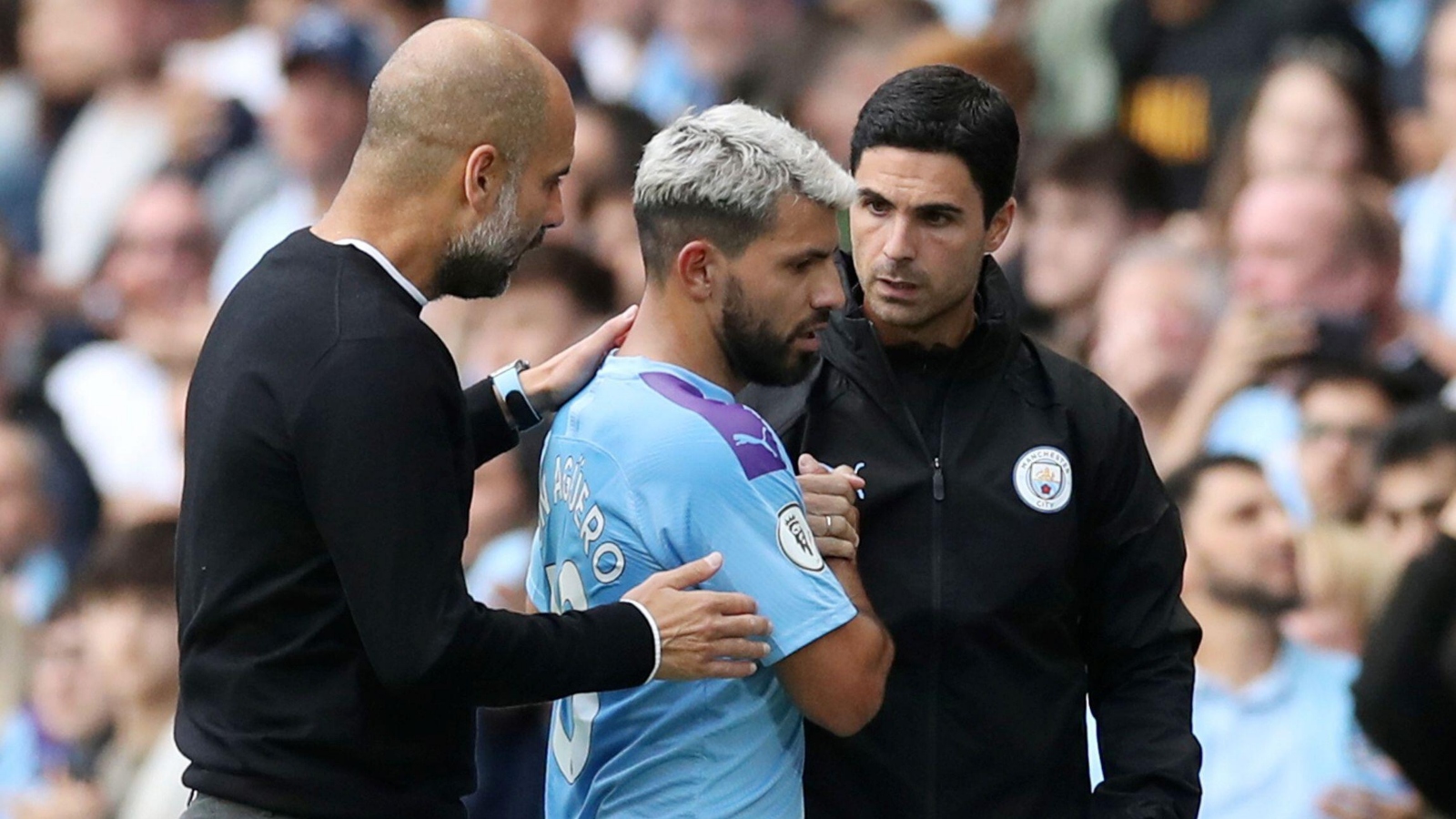 The Gunners have made some excellent signings this summer, most notably bringing in Gabriel Jesus and Oleksandr Zinchenko from Manchester City.

Aguero – who worked with Arsenal manager Mikel Arteta at City – has tipped his former assistant boss to guide his side to a top-four finish.

He has also heaped praise on Chelsea’s acquisition of his former teammate Raheem Sterling. I think a trend is beginning to form here…

He does insist that City and Liverpool are “clearly favourites” to win the title, but thinks Arteta and Arsenal “will give people something to talk about”.

“Arsenal are dark horses for the title after their transfer business, but Man City and Liverpool are clearly favourites,” Aguero exclusively told Stake.com.

“As always, I believe that the Premier League will show this season that it is beginning to be one of the most competitive leagues in the world. And in this sense, my candidates are Manchester City, which I think can repeat, Liverpool, Chelsea and I add Arsenal, which has strengthened very well and has had great games in the pre-season.

“City’s advantage is that it already has a team that knows what to do on the field and has added variants such as Haaland and Julian Alvarez. It is true that they must adapt but Pep has already said that great players do not need time to adapt.

“City have lost Sterling, although Liverpool – who will be in the fight – have lost Mane but have brought in Darwin Nunez.

“Everything will be very even, as it has been happening, but we will have to be attentive to Arsenal’s performance, which has put together a great project with the help of Arteta and I think that this year they will give people something to talk about.”

Aguero further explained his reasoning for his prediction, noting that Manchester United are still “rebuilding”, while Tottenham don’t, erm, have a player or manager Aguero knows personally, I guess?

“Manchester City, Liverpool, Chelsea and Arsenal will all make the top four,” he continued.

“United is in the process of rebuilding and with a new manager but they are always in the fight. Chelsea, although they have lost important players, especially in defence, have shown that they are competitive and added Sterling.

“The same as Tottenham with a coach like Conte who has experience in the Premier League, who has always formed competitive teams and has a very important offensive duo like the one made up of Kane and Son.

“I believe the top four will be Manchester City, Liverpool, Chelsea and Arsenal.”