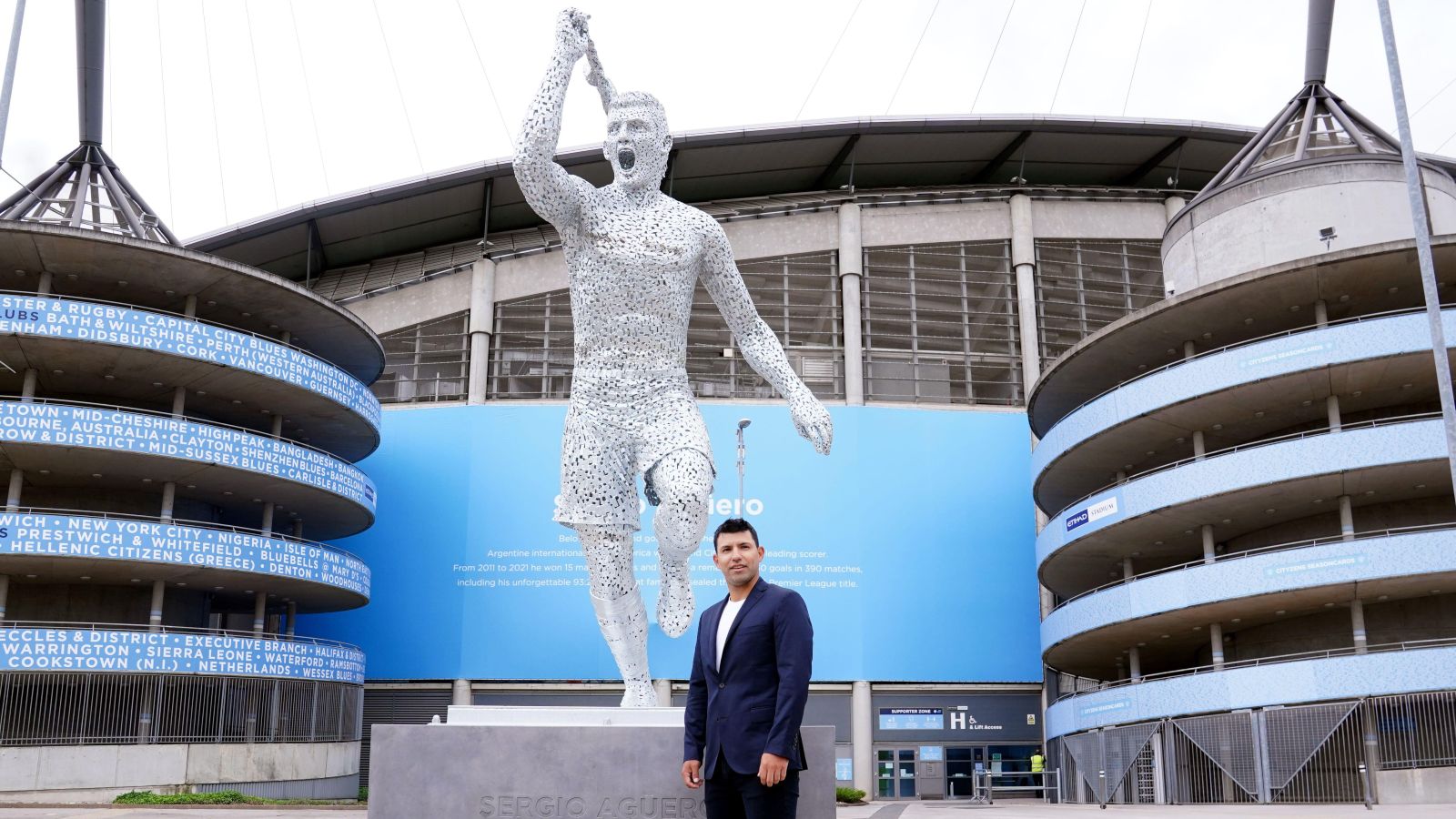 Sergio Aguero admits his dramatic title-clinching goal against QPR a decade ago changed everything for him and Manchester City.

Friday marks the 10th anniversary of the Argentinian’s most celebrated strike, when he netted deep into stoppage time to earn City their first Premier League crown.

The club have not looked back since with Aguero winning five league titles before moving on last summer and the current side closing in on another.

Aguero was back at the Etihad Stadium on Friday as City marked the anniversary by unveiling a statue in honour of the record-breaking striker.

“For me that moment changed my life, changed the club and everything,” said Aguero after seeing the statue for the first time.

“For me it was the best moment of my life. That moment always will be in my heart.

“We don’t know what would have happened if we’d lost the Premier League that year. That year changed everything because in the next years we started winning more titles.”

The statue, sculpted by American-based Scottish artist Andy Scott, depicts the moment when Aguero ripped off his shirt in celebration after scoring in that famous game.

The goal came three minutes and 20 seconds into added time and capped a sensational comeback as City won 3-2 having trailed 2-1 just moments earlier.

Making the moment all the sweeter for fans was the fact rivals Manchester United were the side pipped to the title.

Aguero said of the statue: “It is so good because that goal for me is this moment. When they created the statue I told them that picture is the one.”

The statue joins similar tributes to Aguero’s former team-mates Vincent Kompany and David Silva already in place outside the stadium.

Its unveiling was part of a day of celebrations remembering the 2012 success, with a squad reunion and a fans’ event also taking place.

We are delighted to unveil a permanent statue of Club legend @aguerosergiokun at the Etihad Stadium on the tenth anniversary of 93:20! 💙#ManCity pic.twitter.com/NUoyPyAMBm

Aguero, 33, scored a club record 260 goals for City before joining Barcelona last year. He has since been forced to retire on health grounds.

City have lacked a specialist centre forward since his departure but have filled that void for next season with the signing of one of the game’s most coveted young talents in Erling Haaland.

“He’s a good striker,” said Aguero of the 21-year-old Norway international. “I hope he adapts well to the team because it is not easy to play here in the Premier League.

“I wish him all the best because I am a fan now of Manchester City and I hope now he scores many goals.”

As a supporter, Aguero naturally hopes City now go on to wrap up another title.

“I hope to win the Premier League this year,” he said. “It is hard but I think Man City have a good chance to win the league.”