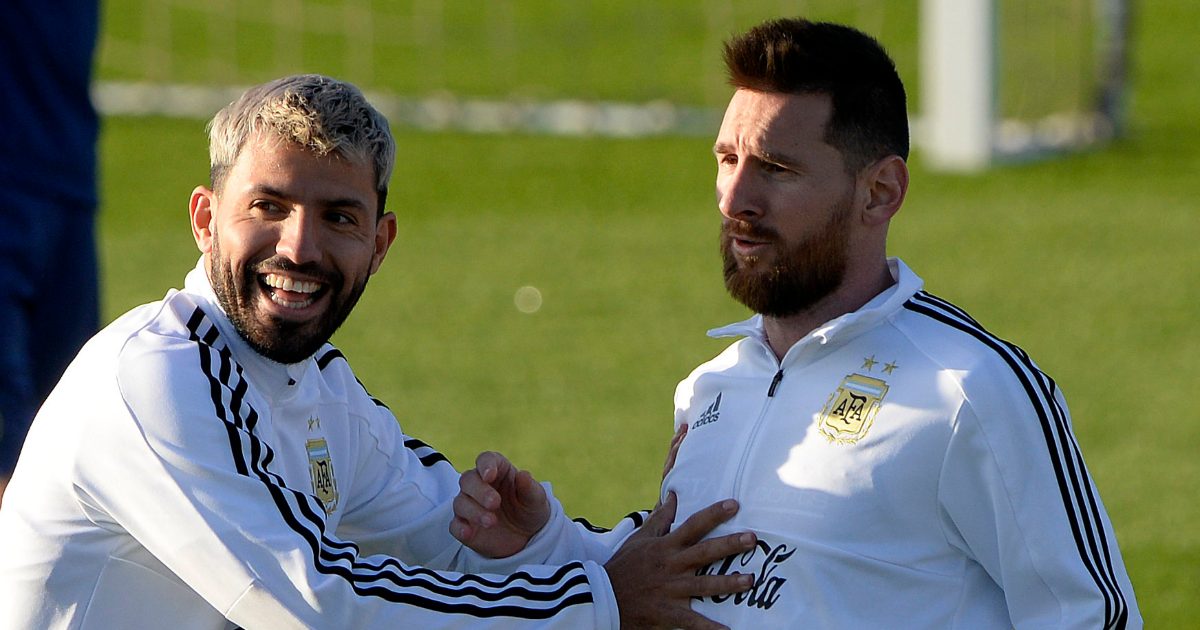 Sergio Aguero has said that he speaks to Lionel Messi “every day” and he believes that he will stay on at Barcelona into next season.

Aguero is a long-time friend of Messi as the pair have shared an international dressing room for several years, but this will be the first time they will be on the same team at club level.

Speculation continues to surround Messi, whose future now seems to be an annual discussion, but Aguero is optimistic they will have plenty of time together at the Nou Camp.

If Solskjaer is sacked then Guardiola must go too…

“I talk to Leo every day and he sent me a congratulatory message. Now that I will have him every day it will be much easier,” he told a press conference.

“What happens with Leo will be the decision of the club but it is a pleasure and a pride to play with Leo.

“If he continues, which I think he will, I will try to give everything as he has always done.”

Aguero, who turns 33 on Wednesday, has signed a two-year contract at the Nou Camp with a buy-out clause of 100million euros (just over £86million).

He said there was only one club he wanted to join when he knew he was leaving Man City.

“I didn’t even hesitate. I didn’t want someone else to talk to me, just Barca,” he said.

“(Pep) Guardiola, when we won the Premier League, he told me ‘You’re going to the best team in the world’.

“For me, since I was a child – and now also because Leo is here – this is the greatest team.

“As a boy I said one day they will surely notice me and here I am.

“I will help to win and do great things. Except for last season, at City I have had nine very good years and above all I have been able to help the team achieve important things.

“Last year, due to my knee, I could not be at the maximum, and also after Covid, but later on I felt good and the knee is perfect. Now we just have to show it here.”

Somewhat tellingly, Aguero said he had not spoken to coach Ronald Koeman, whom Barcelona president Joan Laporta said had been informed by the board they wanted the Argentina striker.

Koeman’s own future remains the subject of discussion after the club finished third in LaLiga behind both Madrid teams and winning only the Copa del Rey.

“We told Koeman that we wanted Kun (Aguero). We wanted to close it before the Copa America,” said Laporta, who denied they had signed the striker to keep Messi happy after Luis Suarez’s departure last summer enraged their stay player.

“The signing of Kun is because he is exceptional. We want Kun at Barca, we also want Leo there, and this will be just one of the next signings that will come to this club.”

“With Ronald I already said that we have started a period of reflection,” he added.

“He is a coach who has a contract and must be respected. We will see how everything goes but things are going very well.”