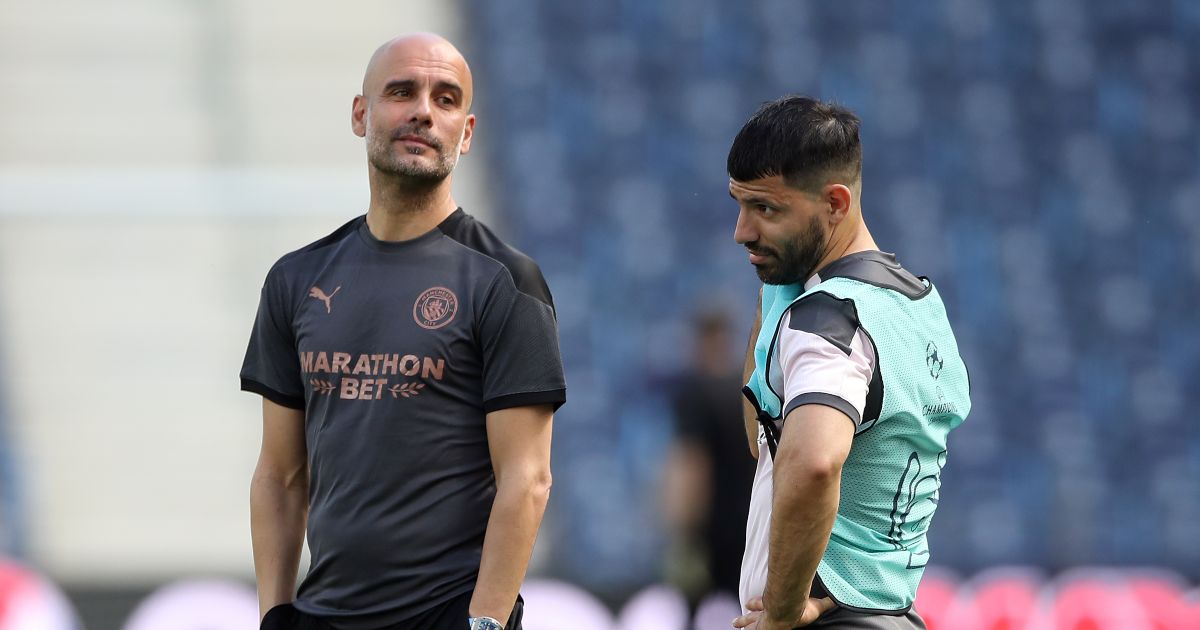 Sergio Aguero’s father says he doesn’t “believe” Pep Guardiola was being genuine when he was crying in an interview bidding farewell to the Man City striker.

Barcelona announced on Monday that the Argentinian forward would join them on July 1 when his current deal with Man City expires.

The Citizens announced on March 29 that Aguero’s contract would not be renewed and that his 10-year stint at the club would end this summer.

Aguero joined Man City from Atletico Madrid in 2011 and went on to score 260 goals for the club, none more important than the stoppage-time strike which sealed the 2011-12 Premier League title.

His final appearance for City came in Saturday’s disappointing defeat to Chelsea in the Champions League final in Porto.

In all, he won five Premier League titles, one FA Cup and six League Cups at the Etihad Stadium and his manager Guardiola paid an emotional tribute to him at the end of his final Premier League match.

Guardiola said: “We love him so much. He’s a special person for all of us. He’s so nice, so nice. He helped me a lot. We cannot replace him, we cannot.

“There are many players that this club have had – David Silva helped this club to be what it is. He showed his quality in 20 minutes.”

“He is a special person for all of us. He is so nice. He helped me a lot. We cannot replace him. We cannot.” 😢

An emotional Pep Guardiola is reduced to tears when asked about Sergio Aguero, who will leave Manchester City this summer.https://t.co/COVNqfr9Dr #MCFC pic.twitter.com/PthCDZVBhI

However, Leonel El Castillo, Aguero’s father, doubts that Guardiola’s tears were real as he “never wanted” his son at the club.

“He says that he [Aguero] is irreplaceable and he does not have him in the squad.

“There are things about Guardiola, he is a great coach. But from one day to the next the players change you, the environment changes. You never know if you are a starter or not.

“There is someone who says if you are not here to stay at the club and you have no choice but to change. He [Aguero] was [allowed to stay] until the last time [he renewed his contract] but it was not possible [this time] – team where he is an idol.”