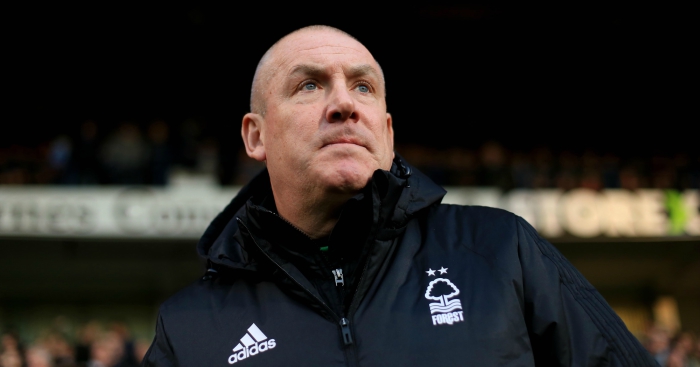 Nottingham Forest have sacked manager Mark Warburton after less than nine months in charge at the City Ground.

Forest are 14th in the Sky Bet Championship and Warburton’s departure was announced by the club on Sunday morning.

“Nottingham Forest can confirm that the contracts of Mark Warburton and David Weir have been terminated with immediate effect,” said a statement on the official club website.

Warburton joined Forest on a two-and-a-half-year contract in March with the former Scotland international Weir as his assistant.

The pair had previously worked together at Brentford and Rangers and secured League One promotion for the Bees in the 2013-14 campaign.

Warburton steered Brentford into the Championship play-offs the following season before being appointed manager of Rangers in June 2015.

He led Rangers into the top flight and the Scottish Cup final – which they lost on penalties to Hibernian – before leaving the Glasgow giants in February 2017.

Warburton took over Forest with the club in relegation trouble, and only a 3-0 victory against Ipswich on the final day of the season prevented them dropping down to League One.

They started well this season by winning four of their first five games in all competitions, but Saturday’s 1-0 home loss to struggling Sunderland was their fifth defeat in seven games.

Forest have also confirmed that sporting director Frank McParland has left the club alongside Warburton and Weir.