Home F365 Features Ah, this is awkward: One regular per club who could be phased out 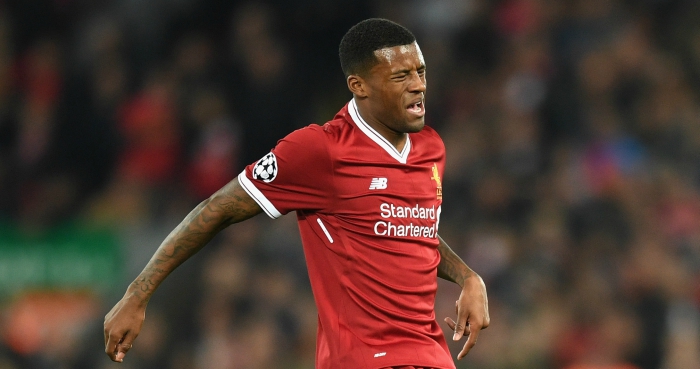 Arsenal – Shkodran Mustafi
Arsenal have signed a right-back and central defender, and will have Laurent Koscielny back after Christmas. They also have a manager in charge who is unlikely to keep faith in calamitous defending, which might put paid to Mustafi’s chances. He’s the fifth most expensive central defender of all time, for goodness sake.

Bournemouth – Charlie Daniels
Bournemouth had only signed one player this summer, but on Monday agreed a fee of £11m for Leganes left-back Diego Rico, and that kind of money means he really has to start. Daniels has been a brilliant servant for Eddie Howe and coped far better in the Premier League than most imagined, but this might be it.

Brighton – Glenn Murray
Before you all scoff at the notion of Brighton dropping their top goalscorer from last season, I’ve spoken to actual Brighton supporter David ‘Dave’ Hartrick about this one. Murray turns 35 in September, and Chris Hughton is in the process of signing younger, quicker options to play a new style of football. Warning: He tried similar at Norwich after one Premier League season, and it didn’t go well.

Burnley – Ben Mee
And I say that with absolutely no confidence whatsoever. Burnley’s season starts on Thursday evening and they are yet to sign a player, which means last season’s squad is going to have to up those energy levels once again. Still, rumours suggest Alfie Mawson is on the way from Swansea, and having been called up to an England senior squad he will expect to start. Mee is the centre-back at risk.

Cardiff City – Nathaniel Mendez-Laing
Difficult one this, but we do have to get Bobby Reid into Cardiff’s team. Kenneth Zohore didn’t score many goals last season but did play the target man role pretty brilliantly, and we know how much Neil Warnock loves that. Mendez-Laing was excellent in wide areas too, but it’s surely him or Junior Hoilett to make way for Reid. Hoilett wins.

Chelsea – Victor Moses
Possibly the biggest loser in Maurizio Sarri’s appointment. Out goes the three-man central defence, out go the wing-backs and in comes a flat back four. We struggled to comprehend Moses’ transformation from jobbing winger to excellent right wing-back, but we can’t have him as a full-back. Cesar Azpilicueta shifts over, pushing Moses back into the wilderness for the second time in 2,500 years.

Crystal Palace – Wayne Hennessey
Not so much phased out as bombed out and never spoken of as a Premier League No. 1 again. Crystal Palace may be skint, but they have solved one problem in the squad with the signing of Vicente Guaita. Now put Julian Speroni on the bench and make us all happy.

Everton – Ashley Williams
A process that started last season will continue in 2018/19. Phil Jagielka has started pre-season matches for Everton, which doesn’t say much for Williams. Michael Keane won’t be as bad this season, and Marco Silva still wants another central defender. Expect Williams to start fewer than 15 league games.

Fulham – Kevin McDonald
Performed excellently last season, and it might be Stefan Johansen who makes way instead. But Fulham have somehow landed Jean-Michel Seri and will surely be looking to start him throughout the season. If you want to consolidate Premier League football, tough decisions need to be made.

Huddersfield – Rajiv van la Parra
I cannot quite believe that Van la Parra started 26 Premier League matches last season, but would place serious money on that not being repeated in 2018/19. Ramadan Sobhi has joined from Stoke and will look to kick on, so too Adama Diakhaby, formerly of Monaco. Two players capable of playing wide will push Van la Parra to the fringes of David Wagner’s squad.

Leicester – Wes Morgan
It may surprise you to learn that Robert Huth has been released by Leicester, and his central defensive partner from the miracle season is also in danger of losing his place. Captain Morgan started 32 Premier League games last season, but Harry Maguire has been joined by Jonny Evans. If they stay fit, Morgan stays out.

Manchester City – David Silva
Of course it’s bloody sad, but he can’t go on forever. The general long-term plan at City is for two of Riyad Mahrez, Raheem Sterling and Leroy Sane to start in a nominal wide position, meaning Bernardo Silva moves infield and offers competition to his namesake. The lovely David turns 33 in January; could this be the season the dependency on his brilliance is reduced?

Newcastle United – Dwight Gayle
It was hardly any secret that Rafael Benitez saw Gayle as an excellent Championship striker but had doubts about his ability to score at Premier League level. Then Mike Ashley behaved like Mike Ashley, Joselu was Newcastle’s only striker signing and Gayle started 23 league games. The only way that happens again is if Mike Ashley behaves like Mike Ash…

Southampton – Maya Yoshida
Yoshida starting 46 times must rank as one of the most surprising aspects of the Premier League over the last two years. It came after he had started 10 games in 2015/16, and looked uncomfortable in all of them. He deserves great credit for the improvement since, but the arrival of Jannik Vestergaard to play alongside Wesley Hoedt might just bring his spell as a first-team regular to an end.

Tottenham – Mousa Dembele
If the news that Tottenham might sell Dembele shocked those of us who have purred while watching him over the last three years, we have probably been spared. But Belgian journalist Kristof Terreur reported that the midfielder has doubts about his body’s ability to cope with a full Premier League campaign. That’s hardly going to persuade Mauricio Pochettino to rely on him.

He’s a 34-year-old left-back and Watford have signed Adam Masina from Bologna. Even you can work that logic out.

West Ham – Pablo Zabaleta
We know that Manuel Pellegrini likes Zabaleta, who actually did pretty well in difficult circumstances last season. But West Ham have signed Ryan Fredericks, and Zabaleta is 33 and entering the last year of his contract. The Argentinian might start the season in the team while Fredericks settles in, but it surely won’t last.

Wolves – Ryan Bennett
I am told by a Wolves insider (Adam Bate rather than Romulus or Remus) that Romain Saiss is in line to start over actual central defender Ryan Bennett in a bid to get him into the team following the Portuguese invasion. Which basically makes me realise I need to clue up a lot more on Wolves.