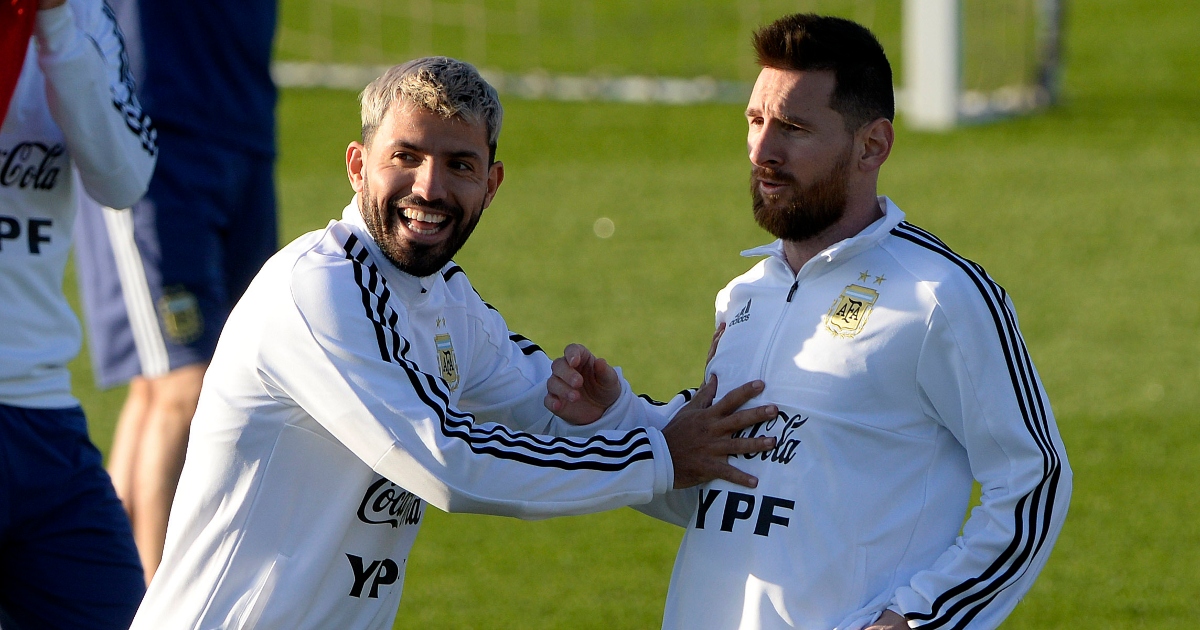 Sergio Aguero has labelled Lionel Messi’s critics as “a**holes” in the wake of Paris-Saint Germain’s victory over Real Madrid in Paris.

Kylain Mbappe’s wonderful late goal gave the French side the advantage ahead of the second leg after Messi had missed an earlier penalty.

READ MORE: Could Lionel Messi *actually* only do it at Barcelona?

It was a tame effort saved easily by Thibaut Courtois and the French media took aim at the legendary Argentinian’s all-round performance.

L’Equipe scored Messi three out of 10 in their player ratings, while ex-PSG forward Jerome Rothen suggested that the former Barcelona star offers the Parisians “nothing”.

Rothen said: “Of course, in terms of merchandising, it’s wonderful to have attracted Leo Messi. People come to see Messi play at PSG. But you have to recognise that in a sporting context, he brings nothing to PSG.

“The biggest problem is that this was a great match, that’s where we expect the great players to perform and tonight it was more of a drag than anything else.

“There are technical errors, losses of the ball, the missed penalty – but it can happen to anyone.

“It’s, above all, his behaviour. He looks down at his boots, it looks like he’s not happy.”

Aguero leapt to his compatriot’s defence, insisting Messi “was good and active” in the game, before describing those who criticised him as “a**holes”.

Aguero told followers on his Twitch stream: “Leo played well, he broke lines. I’m not saying that because he’s a friend, but because he played hard. He was good and very active.

“In France, magazines and newspapers killed him. They are a**holes. I had an interview scheduled with a French magazine, but I said: ‘No, because I support Leo Messi. Period. So goodbye, see you soon.’ Now I’m angry.”

After the win over Madrid, PSG boss Mauricio Pochettino admitted his side are set for a “complicated” return leg in Madrid.

“I’m very happy for the players, who deserve it. I think the result is a bit short, but it gives us hope for Madrid knowing that it’s going to be very complicated.”

“We cut the Madrid circuit with good pressure, their collective play with incredible players in midfield. We have recovered a lot in the opposite field to Madrid and we have forced them to play in the opposite field. We lacked perhaps a little aggressiveness in the last third. We have made a great effort and the commitment of the team is very good. We took risks but we were very vigilant.”’

“It’s PSG’s merit. This has happened to us at some point, for example against [Manchester] City. With the talent we have, we have also controlled the game.”