Home F365 Features Prick of the Week No. 28: Aidy Boothroyd and ‘impossible job’ 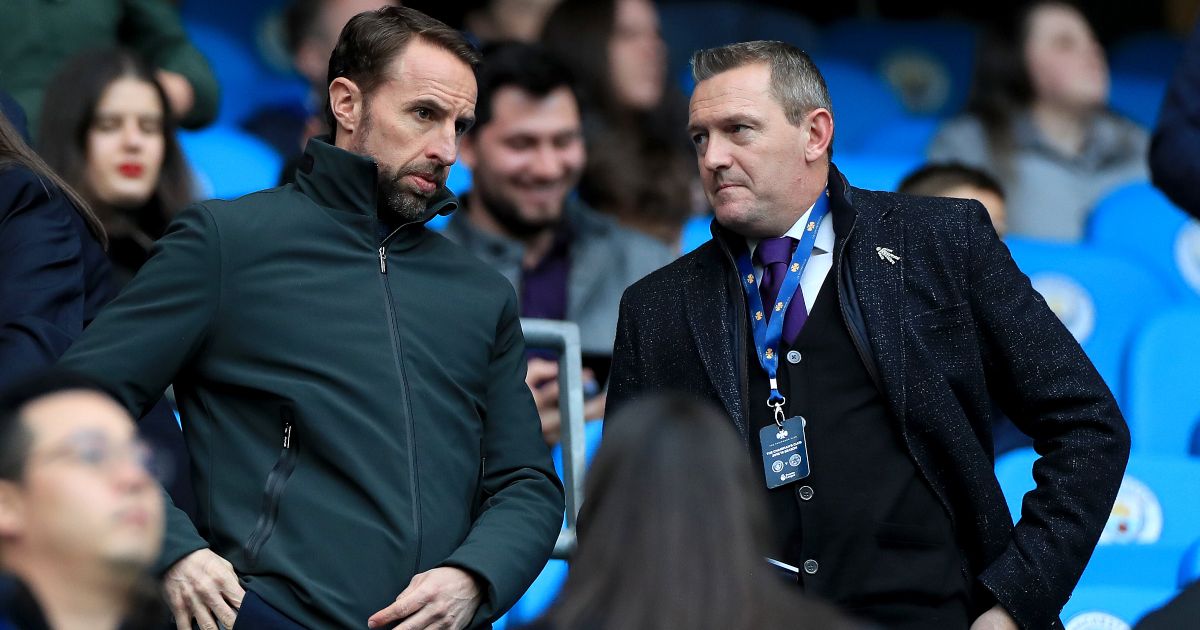 So who’s this week’s prick then?
It is Aidy Boothroyd, once again overseeing an England Under-21 side having their pants pulled mercilessly down by everyone else in Europe.

What’s he done?
It’s not that his absurdly talented England U21 sides have now exited at the group stage of the last two Euros – although it is also that – and it’s not even that this current U21 team is playing football so unbearably, sarcastically drab that it would make Mourinho blush – although it is also that – it’s that against this backdrop of incompetence, Aidy Boothroyd has the temerity to complain about his lot.

We’ll ignore the stuff he said about how he wants to keep the job and thinks he’s doing a good one – the first part is obvious, the second part is obvious bumwater but a necessary self-deception in service of the first bit. Let’s focus instead on the “impossible job” guff, and what follows.

“You shouldn’t be working in youth development if you think your job is to win every game and not produce players for the senior team.

“We’re all on the same page. We have been for the last seven or eight years.

“We have won things in the younger age groups and as they’ve matured, they’ve been fast-tracked. That’s how it works. That is the way to do it.

“I take your question that supporters want to win as well. Well, of course we do.

“But what would you rather have: an Under-21 team going around on an open-top bus, or do you want your senior team to win?

“Because it’s about the senior team, at the end of the day. We’re here to support them.”

And yes, there’s a perfectly valid argument that the U21s are a development side where how they play is at least as – if not more important than – the results. There’s just one problem there, isn’t there? A pretty glaring one. England U21s play awful football.

They’ve played this tournament in a 4-3-3 that sort of resembles the senior side’s current favoured formation. But that appears to be the extent of the plan.

England have in the last few years produced a dizzying and exciting crop of progressive, skilful young attacking players at a level and quantity we haven’t ever really seen before. The FA can be rightly proud of their role in that, even if they do have to dress it up in daft language about ‘DNA’ and the like. But placing those players in the hands of a dinosaur like Boothroyd is absolutely absurd. He’s winging it and then marking his own homework. That’s very on brand for United Kingdom 2021 in a week when No. 10 has announced that Boris Johnson acts with honesty and integrity, the police have investigated and backed the actions of the police at Clapham Common and Britain has taken a long hard look at itself and concluded that, happily and to everyone’s relief, it is Not Racist.

And, unlike Euro 2019 when a truly, utterly absurdly good squad of players got absolutely nowhere in the end, Boothroyd’s team this time around weren’t even that good in qualifying – the one place where they should absolutely cruise if they’re supposed to be aping the senior team. They drew with Andorra. All due respect to Andorra, but beating Andorra is not an impossible job.

Under Boothroyd, this U21 squad is a development squad for the full team in name only. Players who make it do so despite this environment, not because of it. We’re genuinely curious what players who are used to playing under Thomas Tuchel or Jurgen Klopp or Carlo Ancelotti make of turning up to play for Boothroyd and being told it’s to help them become better footballers.

Any previous?
Taking one point from three games with that 2019 squad really was an extraordinary effort. It almost takes an act of wilful sabotage to get a squad containing Your Fodens, Your Mounts, Your Maddisons, The Calvert-Lewins Of This World to play that badly. England had just given Boothroyd a new contract before that tournament, which made it all very awkward. Instead of doing something about it, everyone just sort of hoped it would all turn out okay in the end rather than admit Boothroyd’s continued employment might have been a little tiny bit of an error. Again: marking your own homework.

Mitigation?
The list of eligible players missing from Boothroyd’s current squad is quite something. Mount, Rice, Foden, Sancho, Saka, TAA. Boothroyd would probably have got at least a point with them in the side.

So what happens next?
Boothroyd loses his job. Surely.

Mourinho Corner
International week could have been a challenge for a mere mortal prick. Not our Jose, though. “Honestly, I get my strength from myself, but mainly from the people that I love and the people that I know, they love me, even if many of them I don’t know them. I never met them. I used to call them the Mourinistas.”

Dishonourable Mentions
The whole transphobic James Rodriguez Twitter banter episode was deeply depressing. The initial existence of the banter was bad enough. The glee with which so many Big Accounts leapt upon it and shared it was worse. One to remember the next time the same accounts are trumpeting their earnest and sincere support for whatever cause will get them attention at that moment, or when you hear something about how the first prominent out male footballer would get nothing but support and praise and absolutely not suffer horrendous abuse.

More prosaically and slightly less collapse-of-society is the inevitable flurry of absolute drivel about the most mundane quotes imaginable from Kane, Bale and Salah which have of course been turned into Transfer Sagas in front of our eyes. We’ve actually enjoyed this international break more than usual, but can still do without that guff which is covered in more detail here and here.

aidy boothroyd prick of the week