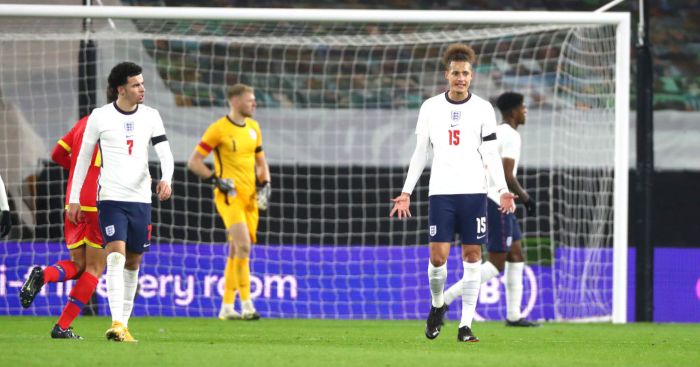 England under-21 manager Aidy Boothroyd thinks Liverpool defender Rhys Williams “will be available” for the match against Leicester City at weekend despite a hip injury.

The 19-year-old was left out of the England under-21 squad to face Albania on Tuesday night after an issue with his hip.

And Boothroyd says he allowed him to return to Liverpool as a precaution after he was complaining about a stiff hip.

“He’s just slept on it wrong,” Boothroyd told The Athletic. “He wasn’t (going to be) on the bench, he wasn’t going to be in the stands. So it was in his best interests to send him back to Liverpool and any minor stiffness he has I’m sure their medical team will sort it out.

“There’s no issues at all. With all the players, if there are any potential injuries or niggles or anything at all our medical staff are in contact with the clubs’ medical staff. In Rhys’s case, he actually wasn’t on the bench because of the numbers that we had.

“He wasn’t going to play and wasn’t going to be on the bench and I just thought the best thing to do was get him back to Liverpool and get him ready for the weekend. I’m sure if he’s called upon (against Leicester), he will be available.”