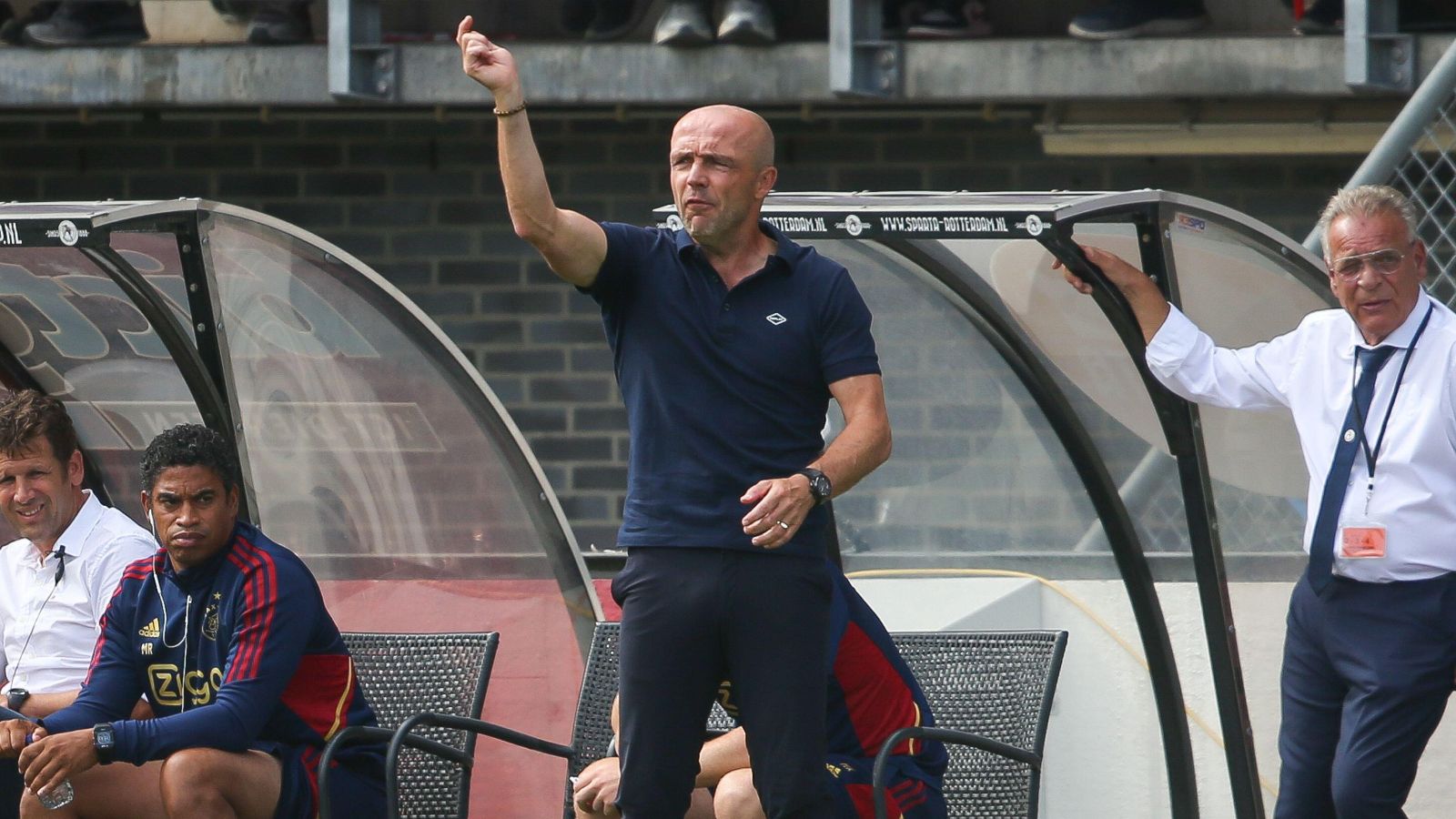 Ajax manager Alfred Schreuder has seemingly moved to quash his feud with Antony as he thinks that the winger’s move to Man Utd was the “perfect next step”.

Antony made it clear that he would be open to joining Man Utd pretty much as soon as Erik ten Hag was announced as their new manager earlier this summer.

A move for the Brazilian made sense as signing a new right winger was quickly identified as a priority for United in the transfer market.

The winger still had a while to go on his contract with Ajax so the Eredivisie champions were under no pressure to sell their prized asset.

They made the most of this as they stuck to their guns throughout the transfer window as they demanded €100m for his services.

This felt like a lot for a player who only netted twelve goals in the league last season, so naturally, Man Utd held back in the hope that Antony’s valuation would decrease.

The Red Devils had several bids rejected for Antony before his interview with Fabrizio Romano was publicised a few days before the summer window closed.

During this talk, Antony doubled down on his stance that he intended to leave Ajax for Man Utd as he felt that this move was the right one at this point in his career.

He got his wish in the end as United signed him on deadline day for a fee that could rise to £84.8m with add-ons.

Before this transfer was completed, Schreuder took aim at Antony. He suggested that the Man Utd newcomer lacks professionalism and that he handled his situation “weirdly”.

Chelsea scout Piet de Visser meanwhile has strangely suggested that Antony is “a boy with poison in his backside”.

Schreuder has now suggested that Antony is a “great guy” and that the move to United was the “perfect next step” for him:

“That [Antony’s transfer] was, for me, disappointing, the way it happened. I spoke about it,” Schreuder told TNT Sports.

“But of course he can make this transfer. It’s also the philosophy of Ajax, they play two or three years good and they can go. So for him it’s a perfect next step, it can be very good. But the moment in that window was, for us, not good.

“Of course, I talked a lot with him. He’s a great guy, he’s a great person. And of course he told me also that he wanted to leave.

“Because he comes from Brazil to Ajax to make a next step. And that’s also what we want. We also want players to come sometimes to take a next step. That’s good for both. But the timing was, for us, not perfect.”