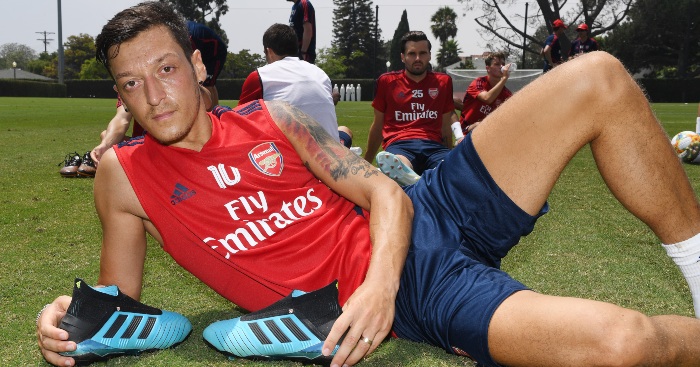 Marc Overmars has told Arsenal how they can up upgrade Mesut Ozil and still make money.

The former Gunners winger is currently serving as director of football at Ajax, who have promised Hakim Ziyech ‘a good transfer’ this summer.

Overmars claims Ziyech, who recorded 21 goals and 24 assists last season, is a better player than Arsenal’s inconsistent playmaker Ozil but few clubs have come forward to make an offer for the Morocco international.

He told Voetbal International: “I am a bit surprised that it is still so quiet around Hakim.

“I think he has played better every year and his statistics are exceptionally good.

“Many clubs are increasingly looking at that. They look more at the numbers than at what he shows and what is happening around him.

“I think Hakim Ziyech is better than Mesut Ozil. I would tell Arsenal: sell him and you will get Hakim for half the price. But they didn’t listen to me. So it could just be that he stays with Ajax.”