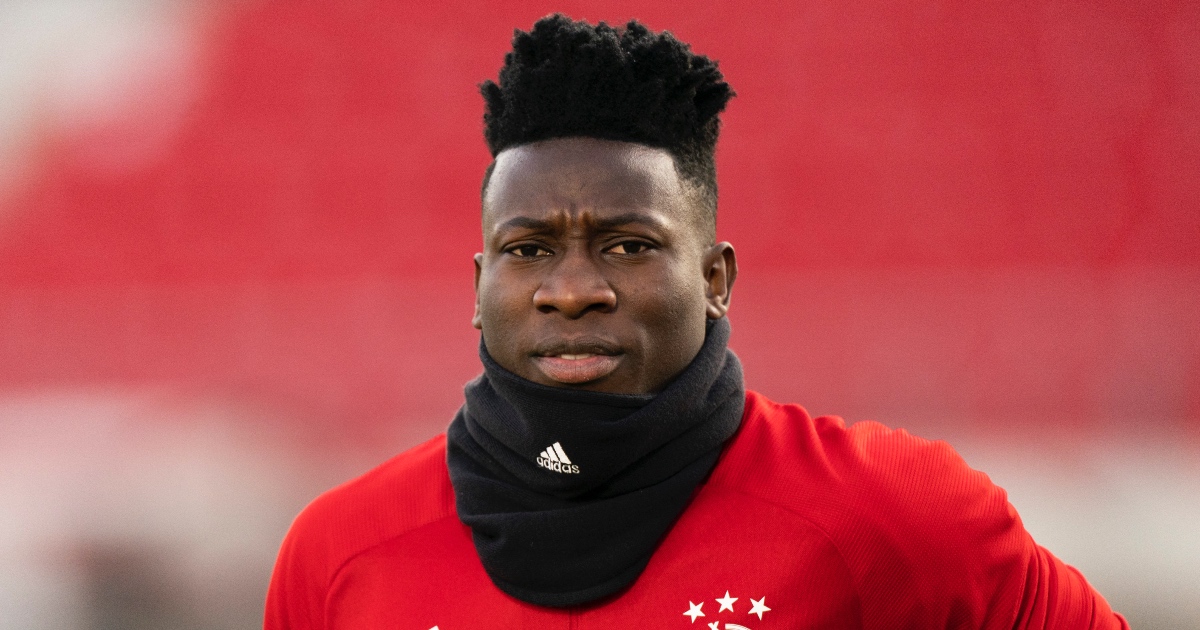 Arsenal target Andre Onana has had his doping suspension reduced by three months by the Court of Arbitration for Sport.

The Ajax shot-stopper was banned for a year in February after testing positive for a banned substance.

Onana has always pleaded his innocence, stating that he accidentally took the medicine which was meant for his wife.

His ban has now been reduced to nine months and he will be eligible to play for Ajax again in November.

Arsenal first contacted the Dutch giants about a deal during the January transfer window.

According to Goal, they remain interested in the 25-year-old and could sign him once the ban ends.

The reduced suspension means Onana will be allowed to return to training in September. He should therefore be fit fully fit by January 2022, opening the door for a potential Premier League move.

Onana is Mikel Arteta’s main target to improve his options in goal. Bernd Leno showed his defensive frailty in the 1-0 defeat to Everton, where he let a tame cross into his net.

The Gunners are also running low on backup keepers following the departure of Emi Martinez.

He left for Aston Villa in September and has been brilliant for the West Midlands outfit.

Onana is an experienced shot-stopper who represents Cameroon on the international stage.

Arsenal are hoping a bid of €8.1million (£7m) would be enough to tempt Ajax’s hand.

While Eriksen became a top performer for Spurs, van de Beek has struggled with Manchester United.

The playmaker, 24, has failed to gain Ole Gunnar Solskjaer’s trust and is unlikely to replace Bruno Fernandes in the team.

Ziyech, by comparison, has enjoyed more success. He was part of the Chelsea side which won the Champions League last month.