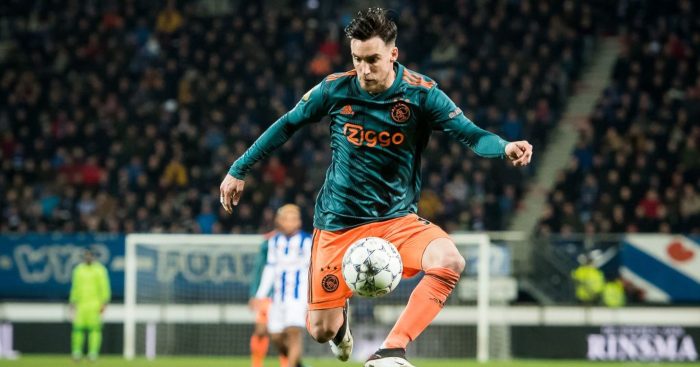 Ajax left-back Nicolas Tagliafico has emerged as a transfer target for Premier League side Arsenal, according to reports.

The Dutch club’s chief executive Edwin van der Sar warned clubs that “there won’t be a 50 per cent discount” on any players due to the global pandemic despite admitting that Donny van de Beek, Tagliafico and Andre Onana will be available for transfer this summer.

Van der Sar said: “Last year, we made verbal agreements with Onana, Tagliafico and Van de Beek to stay another season, and then we look to help each other and find the next step in their careers. Nothing has changed.”

And The Sun claims that Arsenal ‘are chasing’ Tagliafico as they look to sign a left-back this summer with a ‘£20m deal’ mentioned.

The Argentinian ‘wants a new challenge’ and wants to ‘test himself in the Premier League next season,’ while the report adds that he is ‘open’ to a move to the Emirates Stadium.

Tierney has played just 11 times this season due to separate hip and shoulder injuries but Arsenal boss Mikel Arteta said recently that he can’t wait to have the opportunity to work with him when football resumes.

“I am really looking forward to working with him and giving him the opportunity to play,” Arteta told Ian Wright on the Arsenal legend’s YouTube channel. “His attitude, his commitment, his willingness it’s incredible. I think he’s going to bring something special to us.

“It’s a shame [about his injury] but always it’s part of his development. In your career you go through these moments. I challenge him to say ‘Kieran how are you going to react to that? you cannot feel sorry for yourself, the level of pressure now is a bit higher but you have to deal with it.

“You are playing with a top club, with expectations, deal with it! ‘You have everything to be successful here, you have the best possible attitude that I know from a player go and enjoy it.”