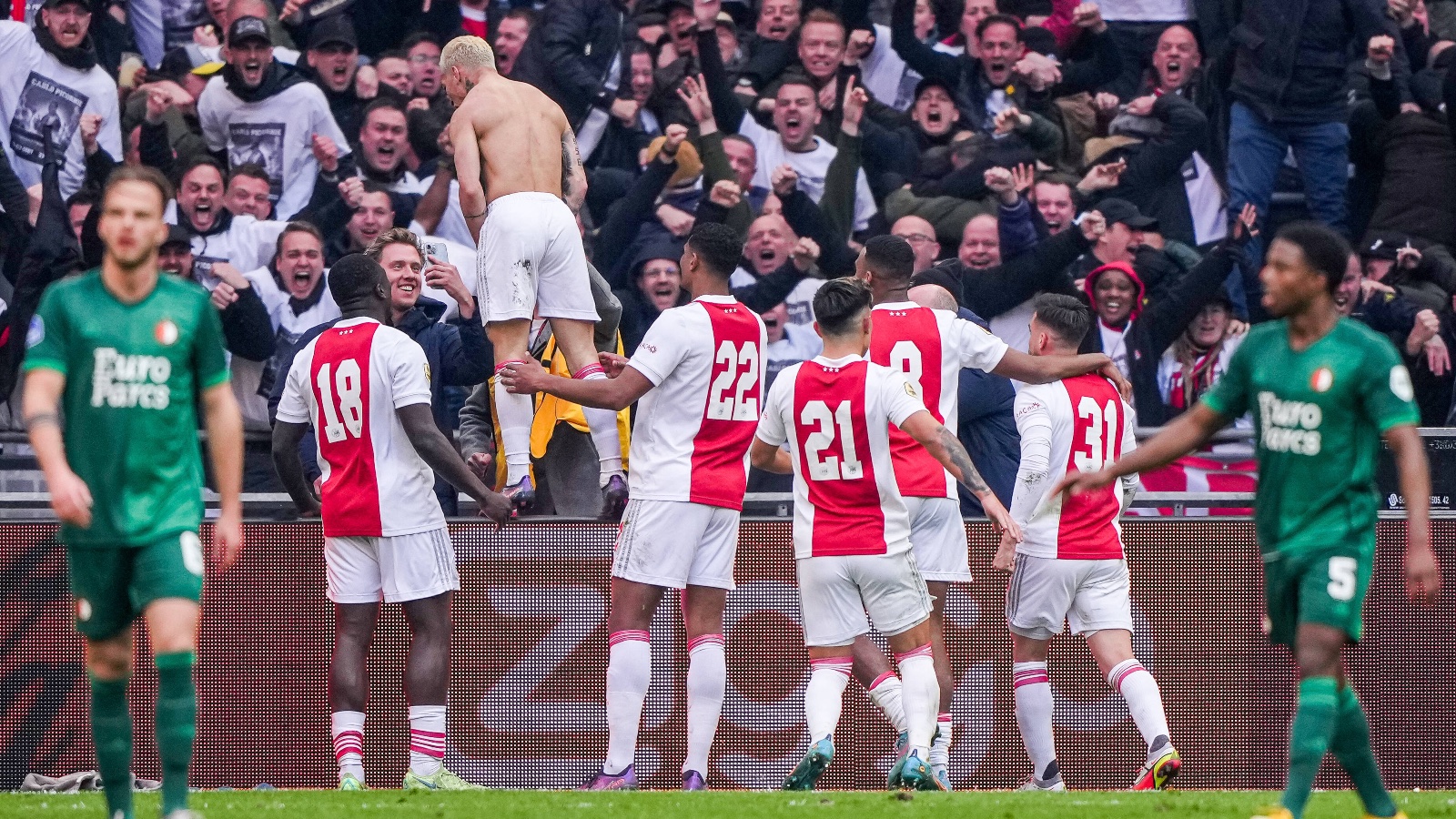 Ajax star Antony has no chance of a transfer to Liverpool this summer if he continues to “behave like an idiot”, according to former Netherlands internationals.

Antony has been one of the standout performers under Erik ten Hag for Ajax this season, notching 12 goals and 10 assists in 33 appearances for the club.

His last goal came in the 87th minute to secure a comeback win over Feyenoord, with the Brazilian removing his shirt and standing on top of the advertising board.

He was booked by the referee then shown a second yellow moments later, leading to his sending off in stoppage time.

And ex-Netherlands star Rene van der Gijp claims the 22-year-old’s behaviour will not attract the likes of Liverpool and Manchester City to make a bid for him this summer.

“Suppose we are in the stands together as a scout for Manchester City or Liverpool… And we are looking at Antony, what do you think we would say when we come back on Monday?” Van der Gijp told Vandaag Inside (via Sport Witness).

“We will not take that. You don’t see a Serge Gnabry, Leroy Sané or Mohamed Salah doing this? Then you can say: he is young, but it can also get crazier.”

“He is not that young anymore, because he has been doing this for two years. Such a boy cannot be calmed by a coach, in the end,” Kieft said,

“Ten Hag will of course never say that Antony behaves like an idiot, but he thinks so. In general, this behaviour is addressed in the locker room, then someone says: hey, what are you doing?”

Phillips said: “Moving forward, I think he’ll go. When I look at Diaz, Mane, Salah and Jota, Firmino is the one for me that is likely to move on.