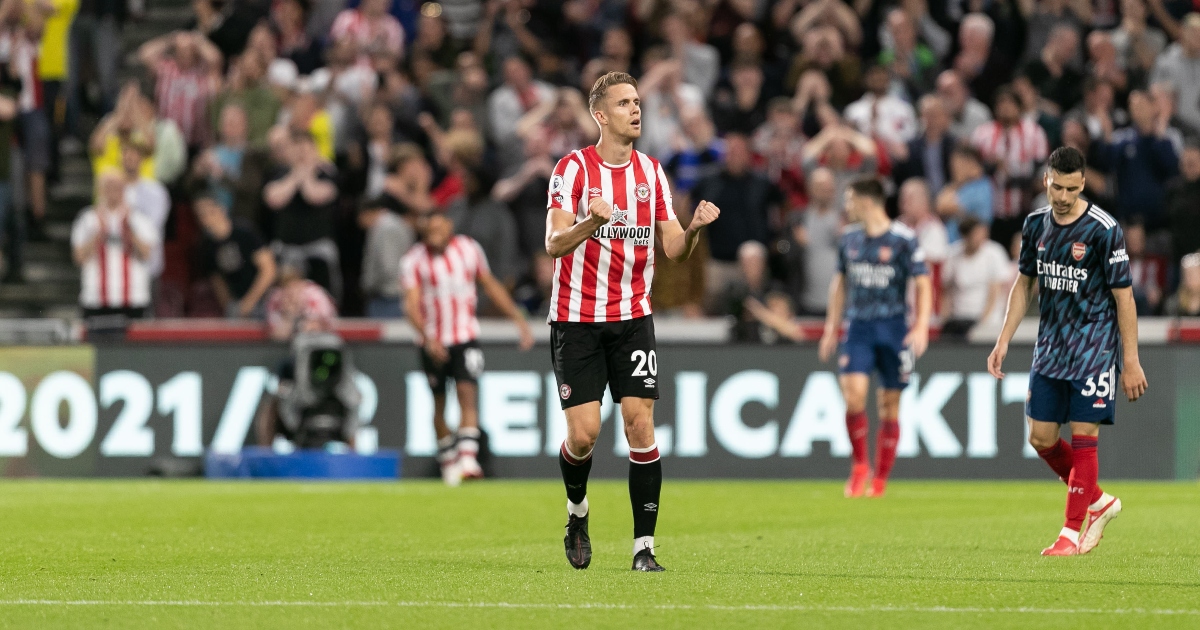 Brentford defender Kristoffer Ajer has revealed that his time at Scottish giants Celtic has made his transition to Premier League football easy.

The Norway defender joined the Bees in the summer transfer window for around £14million after spending five years at the Glasgow club.

He made over 170 appearances for the Hoops and won three domestic trebles in a row before a trophyless season in 2020/21.

Ajer has settled into life at the Brentford Community Stadium nicely and has made eight appearances so far under Thomas Frank.

Asked how he has found adjusting to the demands of the English top flight, the 23-year-old said on Brentford’s YouTube channel: “It has been great.

“I think coming from Celtic, it is quite easy to take that step.

“It is a massive club in Glasgow that is expecting you to win every single game.

“So, it has been easy to adapt to [the Premier League] but also quite challenging with regards to the opposition that you play every weekend.

“So it has been a great learning experience.”

Frank’s men take on Stoke City away from home on Wednesday night in the last 16 of the Carabao Cup.

Last round they demolished Oldham Atletic 7-0 at home thanks to goals from Marcus Forss (x4), Yoane Wissa (x2) and a Raphael Diarra own goal.

Elsewhere, Bees goalkeeper David Raya has been ruled out for four to five months after sustaining a knee injury during Sunday’s loss against Leicester City.

The 26-year-old has suffered an injury to his posterior cruciate ligament after a collision with Foxes forward Ayoze Perez.

Brentford’s head of medical Neil Greig said: “Positively, this type of injury usually heals well without the need for surgery.

“David has already begun using a brace specifically designed to aid this process.

“We anticipate the recovery period for an injury like this to be somewhere between four and five months, which will enable David to be back to his previous high levels well before the end of the season.”