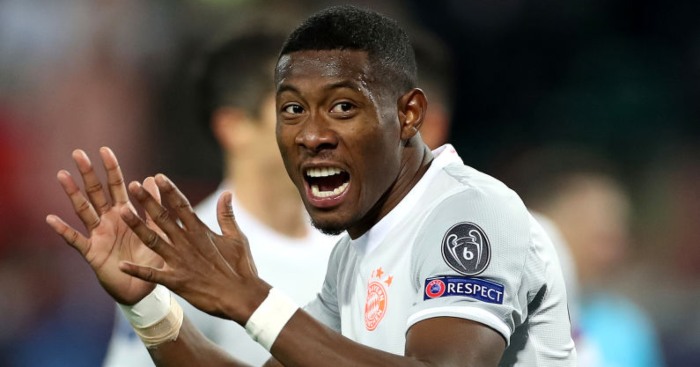 David Alaba is reportedly in talks with Real Madrid over a move to the Bernabeu this summer after his contract dispute with Bayern Munich.

The defender’s current deal expires in June and he has rejected one extension offer and missed the deadline of another.

Liverpool and Manchester City are among the clubs reported to have shown interest, but Madrid are said to be heading the queue.

Spanish publication AS claim Alaba’s representatives have entered negotiations with Madrid and a pre-contract agreement is set to be signed in January.

Alaba recently claimed he was not made aware of Bayern’s withdrawal of a second contract offer.

“I heard it like everyone else on the news,” Alaba said on Tuesday. “I cannot say how it will continue from this point.

“I am glad to be playing for Bayern, and to be a part of the team. But what the future will look like after yesterday evening I just cannot say, as no one has talked to me officially.”

“I can tell you what happened. We negotiated and made David an offer. He refused it. Ten days ago we sat down again and submitted another offer – with a deadline,” Salihamidzic said.

“We informed David and his agent that we would withdraw the offer when the deadline expired. We did that. I spoke to his agent again on Saturday and tried to talk to David again on Sunday because I wanted to know what was going on, but not much happened.

“I don’t know anymore how we will find a way back together. We made an offer and it was rejected. Now we have to assume that David will leave us.”