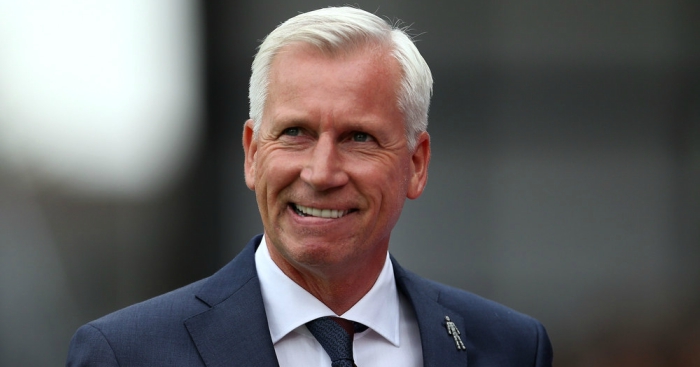 Referees for causing injuries
“The biggest problem from the weekend, and perhaps the decision by the referee that changed the game, was that we put in more effort against Chelsea than we’ve done in any other game this season, and that’s cost us injuries to Guthrie and Taylor” – December 2011.

The Olympics
“I think it is quiet – whether we’re all enthralled by what’s happening with the Olympics I don’t know” – August 2012.

The Notting Hill carnival
“Today was a little bit unfair on us. We couldn’t move the game to Sunday because of the Notting Hill Carnival” – August 2012.

Europa League
“It has had an impact with the injuries we’ve sustained. This competition is not great for a Premier League team. Its too many games in addition to a tough, competitive league” – December 2012.

Lack of finances
“In particular, Liverpool and Spurs have spent a lot of money, and other clubs such as Swansea and Southampton have coordinated their financial strength really well. You look at a club like Southampton, and they’re in a much stronger financial position than us in terms of purchasing players” – August 2013.

Science
“For the last three years I don’t know, it’s science against me” – January 2014.

Lack of intelligence in the local area
“Southampton] have a huge catchment area and it’s a different type of catchment area. There is a big working-class community down there but there are also a lot of middle-class kids who have good educations. The players who come out of Southampton are quite intelligent” – March 2014.

Having too many points
“It’s difficult when you have 46 points on the board” – March 2014.

The local press
“Four defeats for Newcastle is going to bring its own pressure. I dont think the local press have helped.” – April 2014.

Goalkeeper
“I’m pretty sure I would have stopped that last goal if I’d have been there” – April 2014.

World Cup
“We were affected by the World Cup, theres no doubt about that in my mind” – June 2014.

Yohan Cabaye
“At the time, we were in dispute with our midfield player. When we got off that bus, was he going to play or was he not going to play? The disruption of that unsettled us” – August 2014.

Fans’ singing
“Perhaps we got wrapped up in the crowd trying to get a fourth and its frustrating to concede” – August 2014.

Injuries
“One of the reasons we played below par was because, I think, we had so many key players missing today, and I just think we forced the game” –  January 2016. Again, plenty of choice here.

Refereeing decisions
“It was a close game and two terrible decisions went against us today” – May 2016. There were plenty of these.

Choice of referees
“I don’t think Andre Marriner should have reffed this game after he gives the penalty last year. Why was Mike Riley giving him the game today? I can’t understand it” – October 2016.

Fixture list
“Sometimes the Premier League fixture list makes it very difficult; I like to think the fans understand. The players are a great group to work with they give me everything they’ve got” – November 2016.

Scoring too early
“Maybe we scored too early” – February 2018.