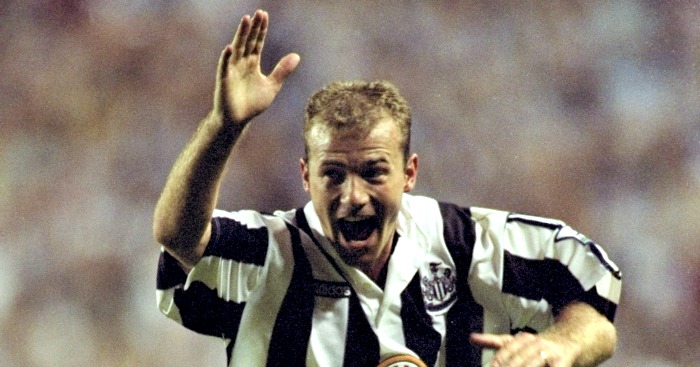 Alan Shearer has discussed how he was “90 per cent certain” of joining Manchester United before deciding to sign for Newcastle.

Shearer was perhaps the most sought-after player in world football in the summer of 1996, with Blackburn fielding offers from their leading Premier League rivals, as well as abroad.

The decision came down to Alex Ferguson’s dominant champions of United or Shearer’s boyhood club Newcastle, their closest title rivals.

Shearer opted for the latter in a world-record move and became a club legend in the process.

But he remembers how close he came to moving to Old Trafford, even with the prospect of having to watch Eric Cantona take penalties.

PORTRAIT OF AN ICON: ALAN SHEARER

“I sat down with both Kevin Keegan and Sir Alex on the same day in a house in Cheshire. Believe it or not, it was David Platt’s mother-in-law’s house,” he told Gary Lineker on Match of the Day.

“I saw Kevin Keegan in the morning and talks had gone really, really well. Really positive. And then Kevin left, Newcastle’s contingent left, then of course the Manchester United contingent came in, which was of course Sir Alex.

“Sir Alex’s first question to me was, ‘Am I seeing you first, or am I seeing you second?’, and I said, ‘Well I saw Kevin this morning,’ and I won’t tell you his words. He said, well, basically, ‘I’ve got no chance then’.

“In other words he wanted to see me first and he was disappointed he didn’t do that. But I thought the talks went extremely well, really positive, also. I was very impressed with what he had to say.

“I asked if I could take the penalties, and his response to me was, ‘Well, Eric’s on them’. I said, ‘I know but can I take them?’ and he sort of looked at me with those steely eyes as if to say, ‘I’m not telling Eric Cantona that’.

“Then I had to go and make a decision. At one point I was going to go to Manchester United. I was 90 per cent certain I was going to go there, but I sat down and I got another call off Kevin a day or two later, who asked to see me again, and I just thought, ‘you know what, I’m gonna go back to Newcastle’.

TOP TEN: Premier League records that will never be broken

“It was a club I always supported, I wanted to play for, and I know you’re going to ask me the next question, have you got any regrets, and the answer is no I haven’t; I’d do exactly the same again.

“Well believe it or not, once I made the decision to sign for Newcastle, I flew out of Manchester airport to the far east to go to the pre-season tour with Newcastle, and I thought, ‘I’ve got to ring Sir Alex and tell him myself’.