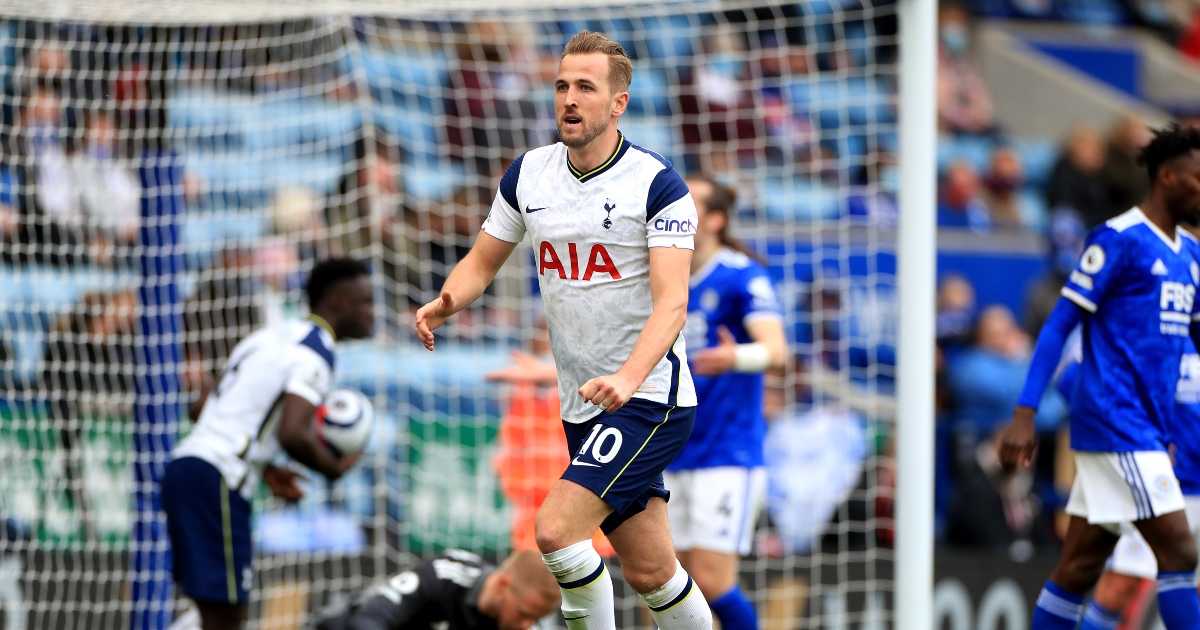 The Tottenham striker is at the centre of a transfer race after announcing his desire to play in major finals.

Paris Saint-Germain and Manchester United have been linked with moves, but it seems the Etihad is his most likely destination.

Reports on Monday suggested City had tabled an £100million offer for Kane. Any deal might also include Raheem Sterling going in the other direction.

Kane has already reached 166 goals in the Premier League and could challenge Shearer’s record of 260 by playing in Pep Guardiola’s attacking side.

Speaking about the prospect of Kane breaking his record, Shearer said: “[Am I] sweating?! No. Do I think he will do it? He probably will do.

“He’ll absolutely obliterate it if he goes to City, in three or four years.”

Last season was his most impressive in terms of goal contributions, as he added 14 assists to his 23 strikes.

But that wasn’t enough to take Spurs into the Champions League as he was let down by his team-mates.

The north London side finished seventh on 62 points, putting them in next term’s inaugural Europa Conference League.

Kane might not be there, however. City are supposedly ‘desperate’ to land his signature, viewing him as Sergio Aguero’s perfect successor up front.

Shearer has already spoken about the prospect of Kane joining City.

The former Newcastle man said: “I don’t think any Tottenham fan could hold it against him.

“He’s given absolutely everything for that football club and for all we know, he might have asked to leave last summer and they’ve persuaded him to stay one more year.

“He’s been magnificent, look at the numbers – staggering, superb, any word you’d like to use. He’ll have some big-hitters after him, I have no doubt about that.

“Whether they’re prepared to sell to them, at whatever fee, that’s a different question.”